There are many mosques, from Russia to Northern Cyprus, from England to the Philippines, that are built or under construction by Turkey's Directorate of Religious Affairs and its foundation funded by donations 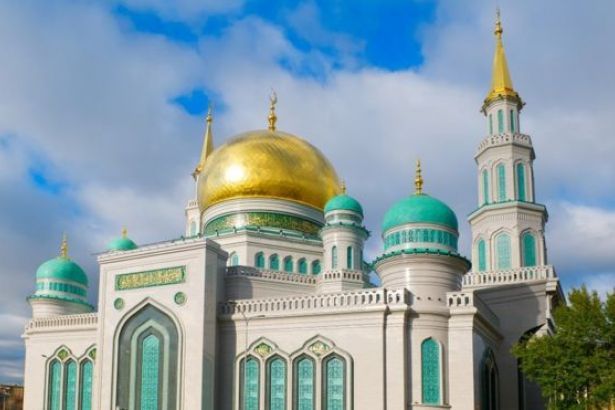 According to Turkey's Religious Foundation's activities that were announced in public statements and reports, the cost of the mosque projects overseas that are recently built or under construction reaches a total of half a billion dollars.

According to Özge Özdemir from BBC Turkish, a great number of mosques were built or are under construction from Russia to Northern Cyprus, from England to the Philippines.

It can be seen in the public documents and in the reports of the institutions where these mosques are built, what the costs of constructions are and which companies are undertaking these projects.

THE BIGGEST MOSQUE OF CENTRAL ASIA

Built by the Religious Affairs and Religious Foundation of Turkey, Bishkek Sarahs Imam of the Central Mosque in the Kyrgyz capital, Bishkek, opened in September 2018 with the participation of President Erdoğan.

This mosque is said to be the largest mosque in Central Asia. The construction cost of the mosque, which started in 2012 and accommodates 20 thousand people, was $35 million.

According to the reports, the highest cost of construction was made to a mosque in Russia, with 170 million dollars.

103 MOSQUES WERE BULT IN TOTAL

According to the information on the website of the TDV, which was established to support the activities of the Religious Affairs, 22 mosques were opened in the last period "in order to bring the religious services to a wider audience and to educate the generation who will be employed in religious services". 270 mosques were repaired in Syria, it is also reported.

In 2017-2021 Strategic Plan published in 2016 by the Directorate of Religious Affairs, increasing the number of mosques and staff abroad is included as one of the strategies.

The company called KOMAŞ has undertaken the construction projects, according to the sources. The TDV owns 99.45% of the company.