Turkey’s Directorate of Religious Affairs, which financially pulled ahead of 12 ministries and most state institutions with its budget of 6.5 billion TL, stated that budget allocated for itself is ‘not enough’ in the 2016 activity report, and asked for more budget from the government 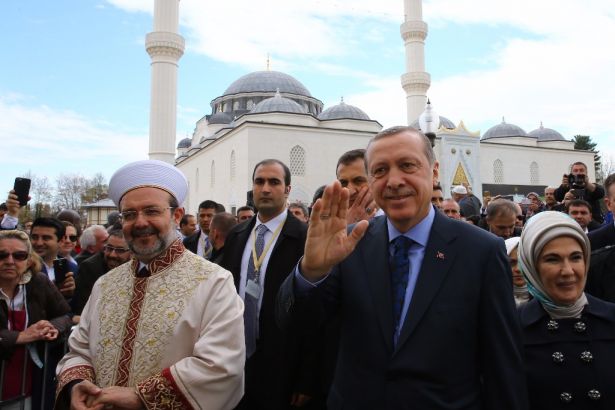 Turkey’s Directorate of Religious Affairs called ‘Diyanet’ is still hungry for money despite a huge amount of budget allocated by the Turkish government under the rule of the Justice and Development Party (AKP). In the 2016 Annual Activity Report, Diyanet, indicating that a large amount of its budget was spent on the staff, asked for more money from the government.

It is known that Diyanet has much more budget and fewer staff than most of the ministries and state institutions.

According to daily Sözcü, Diyanet, which complained about the ‘‘lack of money’’, said that ‘‘yet, the majority of the budget allocated to the Religious Affairs is spent on the staff expenses’’, referring the domestic and international missions in the evaluation chapter of the report, and asked for much more budget from the government.

In the report, it is also determined that one of the biggest problems for the Religious Affairs is ‘‘shoe-string budget’’.

Diyanet, who did not satisfy its budget allocated despite taking the lion’s share among most of the ministries and state institutions, had previously come to the agenda due to an official car allocated to the Religious Affairs Directorate President Mehmet Görmez, which was worth 1 million TL.

According to a report of the Public Administration Financial Table presented in the Regularity Audit Report of Supreme Court of Public Accounts (Sayıştaş) in 2015, the total expenditure of Diyanet was 6 billion 208 million TL in 2015, 4 billion 629 million TL of this amount was spent on personnel expenses. This amount also included the ‘‘travel allowance’’ of Diyanet for its staff, amounted to 62 million TL. The same report also indicated that the revenue of Religious Affairs was 397 million TL at that time, and 375 million of this revenue was received from the taxes paid by citizens.

Diyanet’s budget has quadrupled under the rule of the Justice and Development Party, while the Religious Affairs continuously gives fatwas on the government’s demands as well as interfering in political issues and backing the reactionary position of political power in Turkey through promoting Sunni Islam.

It is known that Turkey’s Religious Affairs will have even a greater share government budget within the next five years, as its new strategic plan for the years of 2017-2021 purposes ‘‘becoming a source of inspiration for religious organisations both in the west and in the Islamic world’’. In 2017, allocated budget to Diyanet is approximately 6,8 billion TL, and this amount is much more than the budget allocated to twelve ministries including the ministry of economy, development, energy and natural sciences, science and technology, environment and urbanism, health, culture and tourism.