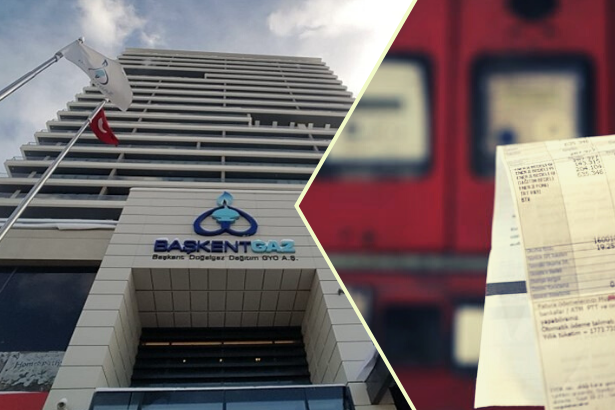 Turkey’s people are face to face with outrageous natural gas expenses this winter as the gas prices increased by 62 percent in the last 2 years. Thousands of people’s natural gas service has been shut off because they could not afford to pay their bills.

soL news talked to the administrators of the Consumer Rights Association regarding the privatization process of Başkentgaz, a subsidiary of the Ankara Metropolitan Municipality and the second largest natural gas distributor in Turkey.

Turhan Çakar, the head of the association, stated that Turkey is completely dependent on foreign resources in the energy sector as the rate of this dependency in natural gas is over 90 percent while the private sector controls the whole distribution network of gas across the country.

Çakar noted that the number of applicants to their association highly increased this winter because the prices of natural gas have increased by 62 percent in the past 2 years. He underlined that the people who use prepaid gas meter systems complain about a fraud and robbery since they have been forced to pay higher prices unfairly.

Çakar pointed out that Turkey’s Energy Market Regulatory Authority made an anti-people adjustment in July 2018 as it urged the people who use prepaid gas meter systems to pay extra bills even though they bought their gas before the increases in gas prices.

“ENERGY POLICIES MUST BE IN FAVOR OF PEOPLE, NOT COMPANIES”

Çakar said that their association filed a lawsuit for the annulment of this adjustment of the energy market authority, adding that the people are forced to pay extra bills even after their advance payments with their gas meter cards.

“Everything is carried out in favor of a certain minority, natural gas and electricity distribution companies in Turkey. 100 percent of electricity and natural gas distribution, and power generation is largely in the hands of private companies. This is what exactly makes people suffer,” he said.

Çakar also said that they launched a campaign against unlawful regulations and implementations preventing the people from accessing to natural gas and electricity or urging them to pay unfairly extra pays particularly in prepaid meter systems.

The expert said that Başkentgaz decided to use mechanical counters again in order to prevent the people from purchasing prepaid natural gas beforethe  increases in prices and to ensure the company’s deposit values in defiance of the people.

“Solar and wind based energy policies should be seriously discussed, these resources should be used effectively, and this process should be planned and supported by the government. This should be carried out not in favor of companies but the people,” he concluded.

Privatized in 2013, Başkentgaz has been recently revealed to make a donation in the amount of $8 million to the Red Crescent in December 2018.

Communist Party of Turkey (TKP) has recently started a campaign, calling on the working class of Turkey to protest the extremely high heating bills. Publishing a statement on the issue, TKP says "we are not able to stay warm and we are overcharged."

The communists shouted out that "we reject high heating expense" and called on the people to meet in front of the payment offices in the city centers of Ankara, İstanbul, and İzmir to protest the extremely high gas prices and extra fees reflected on the bills. As a protest, the citizens gathering in front of the government offices will submit collective petitions objecting to the prices.

The meetings that were planned to be organized last week were delayed due to the deadly earthquake in Turkey's Elazığ, claiming the lives of 41 people. TKP repeated the call for this weekend.