TKP General Secretary Kemal Okuyan was interviewed by journalist Şule Aydın, in a live online program, on the recent developments in Turkey and the world during the pandemic. 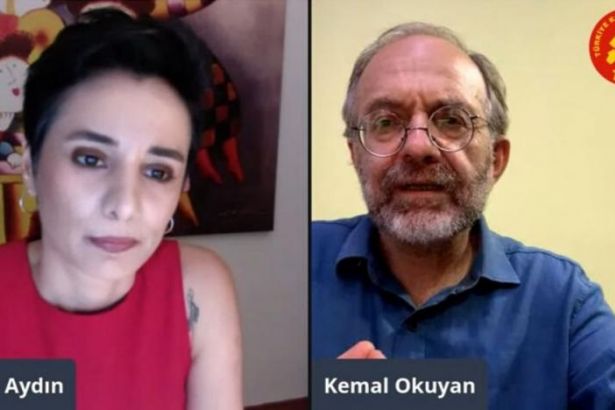 General Secretary of Communist Party of Turkey (TKP), Kemal Okuyan, answered the questions of journalist Şule Aydın and the audience in a live program streamed online via the channel of the party. The program was held to discuss the recent developments in Turkey and the world during the pandemic with Kemal Okuyan.

Okuyan stressed that the recent normalization process was put into effect without any precautions to protect the health of the working people. “An outrage was built up in the working class, and TKP is exerting all its effort to respond to this outrage,” he said.

Considering the economic crisis and the non-applicable calls of the government on further austerity measures, Okuyan noted, the calls to change this social order that becomes helpless against a virus are more legitimate than ever.

Another unreasonable move of the Turkish government is to restrict politics with ballot boxes, Okuyan argued. However, “banning mass protests, meetings, marches, and the right to strike will not prevent the working people from being a natural part of the social life,” he added.

"There is an opposition who bases its politics on assuring the capitalist class and international imperialist centers. There is no way out of this opposition for workers working in difficult conditions during the corona days," Okuyan further noted.