Two field hospitals under construction in İstanbul, the center of the pandemic in Turkey, have become a controversial issue. Some objections on the construction company to built the hospitals, their location, and the 45-day period reveal that the ruling AKP backs pro-government companies, ignoring the relevant institutions and organizations. 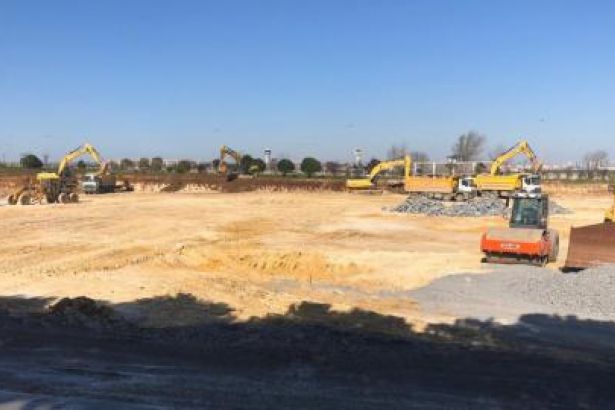 Reactions against Turkey's ruling AKP's moves amid the COVID-19 pandemic are rising as the government backs pro-government companies, ignoring urgent needs during the pandemic.

Known for big tenders and city hospital constructions during the AKP rule, one of the biggest pro-government companies, Rönesans Holding, will build the field hospitals. The head of İstanbul Medical Chamber, Prof. Dr. Pınar Saip, has commented on this attempt along with 45-day construction time for soL news.

Disapproving of “field hospitals” for now, Saip emphasizes an urgent need for “isolation hospitals” for patients who have been sent their homes but have high contamination risks.

On the 45-day construction time for hospitals, Saip points out the urgency for hospitals to be built as soon as possible to prevent the spread, adding that the number of medical staff is not enough, however, facilitated staff acquisition in İstanbul and a properly trained isolation staff would be helpful in these new hospitals.

İstanbul Metropolitan Municipal Council member Nadir Ataman from main opposition Republican People's Party (CHP) has also reviewed the field hospital constructions for soL news. Underlining that the council members are not consulted about the construction process, he refers to the fully developed runway areas, cargo facilities and parking areas in Atatürk Airport as appropriate for such a use instead of the construction in process in Yeşilköy and Sancaktepe.

Also saying that the 45-day construction time is a very long period and the citizens are anxious because the preferred areas for construction are close to residential areas, Ataman states that the construction would be completed sooner if the already available areas were to be used.

On the other hand, Ataman notes that Rönesans Holding s noteworthy since it has been known for the great number of tenders that it has won during the AKP rule.

Reviewing the location choice for soL, the chairperson of the İstanbul Branch of Chamber of Architects, Esin Köymen, asserts that the priority must be quickness during a pandemic, referring to the errors in the planning.

“With the inclusion of empty and private hospitals in the plan, a significant deficit would be removed,” Köymen remarks, adding “A 45-day period is too long for a pandemic. If they take such a risk, they fear that they cannot bring the pandemic under control. Then, why do they not take due precautions?”

Referring to the area in Sancaktepe, Köymen reminds that the area was intended for a city hospital construction before, but it was rejected. “A field hospital on this area to be used later reveals the attempts of by-passing a judicial process,” Köymen notes, “If this is an emergency to carry such executions, then the government must meet the demands of staying home and of paid vacation by the citizens.”