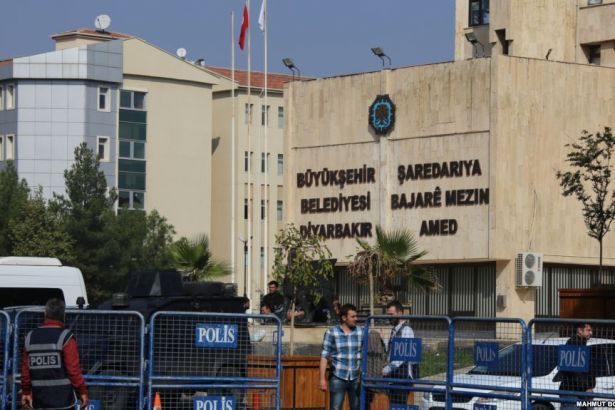 As the Central Executive Committee of the HDP held an emergency meeting after the appointment of trustees to their metropolitan municipalities, the HDP said that the Turkish government’s unlawful act to remove the HDP mayors is a new and explicit political coup.

Stating that “The AKP rule, which is at the latest junction, has opted for not democracy, but fascism again”, The CHP Group Deputy Chair and MP Özgür Özel said: “Removing the mayors preferred by a majority of the people from the office means that the government opens its own existence to discussion. If someone who is elected with an election does not leave the office with an election, then the power holders are coup-plotting fascists!”

30 bar associations in Turkey criticized the dismissals of the Kurdish Mayors of Diyarbakır, Van, and Mardin in a joint statement released after the trustee appointments.

Rejecting this unlawful practice of the AKP government, the joint statement released by 30 bar associations said: “Judicial institution in Turkey has taken a major blow. We demand the authorities to immediately reinstate the dismissed metropolitan mayors.”

Communist Party of Turkey also released a statement yesterday, stating that “the decisions of AKP ignoring the laws and rules have no legitimacy." “The AKP government should not be allowed to legitimize this unlawful step,” TKP said in its statement.

FULL SUPPORT TO TURKISH GOV’T FROM ITS FASCIST COALITION PARTNER

Mehmet Emin Bilmez, the Governor of Turkey’s southeastern province of Van, who has been appointed as the trustee to the Van Metropolitan Municipality by the AKP government, replaced the Atatürk’s portrait in the municipal building with the AKP President Recep Tayyip Erdoğan’s portrait. 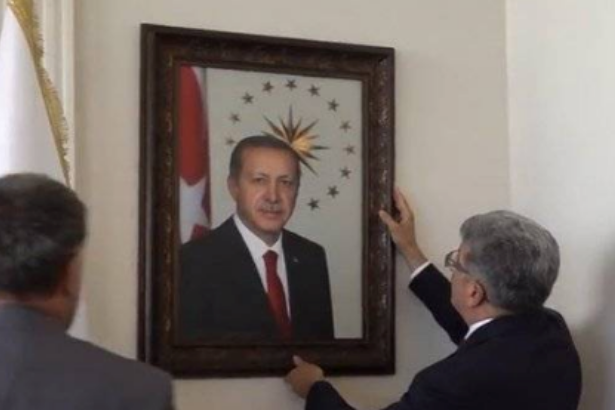 Meanwhile, Devlet Bahçeli, the Chairman of fascist Nationalist Movement Party (MHP), the coalition partner of the AKP, made a phone call to the Interior Minister Süleyman Soylu to provide full support for the Turkish government’s unlawful appointment of trustees to the HDP-held metropolitan municipalities.

AKP BANS PROTESTS AGAINST THE APPOINTMENT OF TRUSTEES

Following the appointment of trustees to Diyarbakır, Van and Mardin metropolitan municipalities, all protests and demonstrations in Mardin were banned by the Turkish government for 30 days.

The Governor of Turkey’s western province of İzmir also banned the protests against the AKP’s unlawful removal of the HDP Metropolitan Mayors for 10 days.