Turkey's opposition meets with IMF: Is it secret? 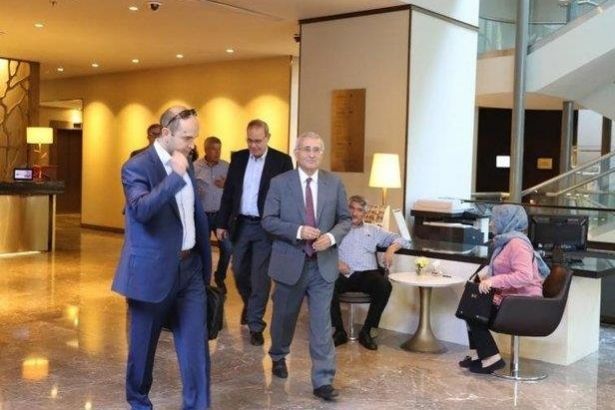 While the opposition maintained that the meeting was carried out under the agenda on Article 4, the government claimed these negotiations was made "against Turkey".

The executive director of the IMF Turkey Raci Kaya, after arguing that they were not informed about the talks, said: "A meeting that is hidden and illegitimate is an indication of the presence of a different agenda against Turkey."

After Kaya, the AKP spokesperson Ömer Çelik made a statement, arguing that while the opposition criticizes the government by saying the government will eventually go to the IMF, they meet with the IMF officials secretly.

“THE TALKS HAD BEEN HELD BEFORE"

After all these statements, IYIP Group Vice President Lütfü Türkkan and Faik Öztrak also made statements. Türkkan said "Durmuş Yılmaz and Faik Öztrak did nothing secret, and they had met at a hotel where the reservation was made. These talks had been held before."

Öztrak, on the other hand, underlined that the meetings were not confidential and said: "We did not have a secret meeting, we held a meeting in a hotel in Ankara. If they did not know about it, it's their problem. The Ministry of Treasury and Finance invited the IMF to the country under the fourth article. The addressee of the negotiations is the government. Under this article, the IMF conducts various negotiations. Our negotiations are also in this scope.”

Numan Kurtulmuş, AKP deputy chairman, said in a statement on the issue: “The IMF is not only an organization that provides economic advice. It is one of the important political institutions of global finance capitalism. IMF and Turkey have closed the book."

Kurtulmuş also claimed that the talks were held secretly and said: "This is not proper."

One of the Communist Party of Turkey (TKP) publications, Voice of TKP evaluated the tension in one of its recent releases.
The statement made by TKP underlined that all political and economic solutions proposed in these talks, no matter it is the ruling government or the bourgeois opposition parties, are clearly to the detriment of the interests of the working people.

Reminding that AKP cannot criticize the opposition on the IMF talks after all imperialist cooperations it engages in, TKP stated "AKP does not have a say to anyone. But we, communists, as those who always object to the interventions of imperialism and international monopolies, can talk about these issues. It is not a simple thing for CHP and IYIP representatives to have meetings with the IMF delegation, it means they are partners in crime”.