Turkish government submitted a new draft law to parliament regarding sex offenses against children, including the introduction of chemical castration for such abuses. However, the categorization of children as below and over 12 violates the law since all individuals below 18 are defined as children 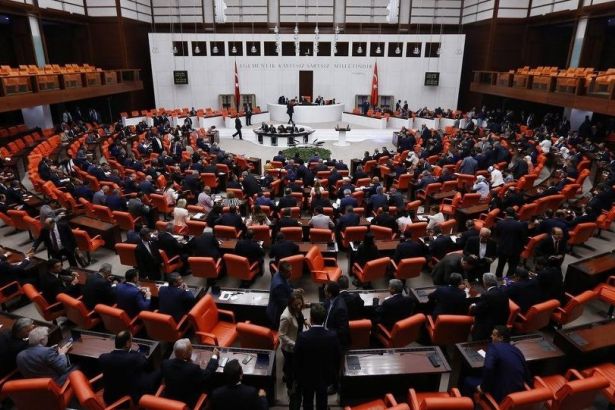 The controversial law motion on sexual abuse crimes was submitted to the Grand National Assembly of Turkey on April 9. The 12-article motion projects to increase the upper limit of imprisonment of abusers from 20 to 40 years.

Turkish President Recep Tayyip Erdoğan had said on February 20 that his ministerial cabinet had dwelled on the issue of child abuses, saying the harshest sanctions and punishments would be imposed, adding that child abuse would lead the society to collapse.

Fatma Betül Sayan Kaya, the Minister of Family and Social Families, had announced on February 28 that her government would introduce a new regulation, dividing the sexual criminal categories into two groups as “against children under 12” and “over 12”. However, experts and critics widely criticize the government’s approach since the Turkish law considers all individual under 18 as children.

Many critics argue that this age division in child molestation stems from the government’s Islamic approach, considering that in Quran, the “age of marriage” coincides with puberty. Classical Islamic law (Sharia) does not have a marriageable age because there is no minimum age at which puberty can occur.

CHEMICAL CASTRATION COULD NOT SOLVE A SOCIAL PROBLEM

According to the recent law motion, courts would be able to decide to implement chemical castration with an expert report for the sexual offenders starting three-month before their releases up to five years after the release in order to pressure sexual desires.

However, chemical castration, which involves using drugs to reduce libido, does not prevent a person from experiencing sexual urges indefinitely. Turkey introduced a measure to chemically castrate those convicted of sex crimes in 2016, but the country's highest administrative court, the Council of State, stopped its implementation last August, saying its definition and limit were “vague”.

Moreover, the use of a medical practice would lead to many problems. As this method may reduce libido, it cannot decrease abnormal sexual behaves and sexual crimes since it reduces the crime to a medical problem. The definition of the case as a disease would further protect the offenders, ignoring the social, political and environmental factors behind the crime. As many historical examples show, a social problem cannot be solved with medical instruments.

As the government tries to cover the problem by increasing the penalties, the rate of sexual crimes, sexual assaults, harassments and child sexual abuses has extremely increased during the rule of Erdoğan’s AKP party since the year of 2002. The rate of child abuse in Turkey increased by 700 percent in the last ten years in Turkey, according to a report on child abuse prepared by Prevention of Violence and Rehabilitation Organization.

Thousands of children have been exposed to sexual abuse and rape, an affair, among many others, which reached a peak when scandalous news released that a systematic child sexual abuse was witnessed for years at Ensar Foundation, a pro-government religious institution.

“A single incident should not become an excuse to defame an institution that has come into prominence with its services. We know about the Ensar Foundation and we appreciate what they do," then Family and Social Policies Minister Sema Ramazanoğlu had said, in an attempt to back a teacher who had raped 45 children at a pro-AKP Islamist institution.

Furthermore, Turkey’s Religious Affairs Directorate, a Sunni-Islamist governmental institution, is known with its many reactionary statements and fatwas in terms of child abuse. This governmental body faced a public uproar when it declared that the girls who reach puberty are allowed to marry and give birth at the age of 9.

After many examples showing that sexual assaults and rapes colossally increased during the Islamist AKP rule with its religious regulations and impositions leading to a social erosion, Erdoğan seems to cover his government’s role.

The Communist Party of Turkey previously said in a statement, “We remind once again: child abuses and molestations cannot be prevented without unveiling their relation to the ever increasing reactionism in the last fifteen years. This rule that constantly attacks the women and children cannot prevent molestations. Reactionism cannot create social value!”