Despite the court decision, Turkey’s Ministry of National Education has extended the duration of the protocols signed with the Hizmet Foundation affiliated with Islamist Nur community and TÜRGEV, the foundation of Turkish President’s son Bilal Erdoğan 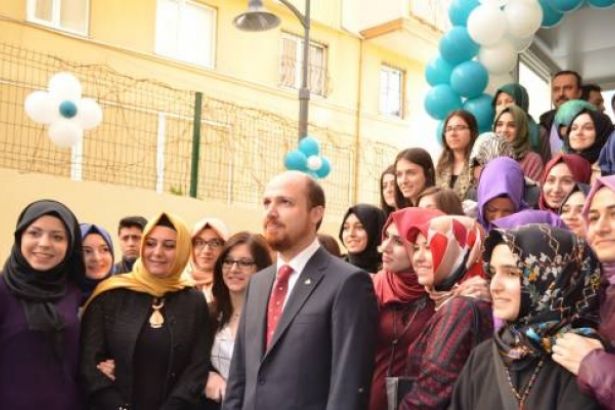 A Turkish court in March 2019 had granted a motion for stay of execution for the protocols of "values education" signed between the Ministry of National Education and Islamist Hizmet Foundation known for its strong ties to Nur community. However, it has revealed that Turkey’s Ministry of National Education continues its protocol with reactionary foundations by extending the duration of the protocols signed with the Hizmet Foundation and Turkish Youth and Education Service Foundation (TÜRGEV), the foundation of Turkish President Recep Tayyip Erdoğan’s son Bilal Erdoğan, under different names.

Turkish court had decided to cancel the relevant protocols in March 2019 on the ground that education is a public service and should be provided by the state.

Erdoğan family-linked foundations to be subsidized by gov't

"MINISTRY’S PROTOCOL IS AGAINST CONSTITUTIONAL PROVISIONS"

In 2017, Education and Science Workers’ Union (Eğitim-Sen) initiated legal proceedings for the stay of execution about the protocols between the Ministry of National Education and these Islamic foundations.

It is stated in the court decision upon the appeal of Eğitim-Sen, "it is clear that some of the activities of the protocol for students in formal education will be carried out directly by other institutions, organizations, and individuals, and that it will transform formal educational institutions into the field of activity of other institutions, organizations, and individuals, which is contrary to the principle of administrative law and general administration."

"The protocol signed between the relevant institutions is against the Constitutional provisions and basic principles and rules of Turkish National Education," the Turkish court said in its decision, referring to education as a public service and it must be provided by the state-led institutions.

"CASES WE WON ARE IGNORED"

"Judicial decisions clearly rule that these protocols are against the law, referring that public education is the main responsibility of the state and it cannot be handed over to individuals or institutions that do not have appropriate educational qualifications," she underlined.

As the Turkish government aims to impose Islamic traditions and values on the youth and children throughout their educational lives with such protocols under the name of "values education", the ruling AKP allocates millions of dollars to these reactionary foundations, including Turkish President’s son Bilal Erdoğan’s TÜRGEV foundation and Islamic Hizmet Foundation known for its affiliation with Nur community.

In this respect, Islamic educational foundations in Turkey play a significant role in religionizing the education system and students. The pro-AKP foundations also hit the headlines with allegations of corruption.

TÜRGEV had also entered into an agreement with the Ministry of National Education, which allowed the foundation to host state-sponsored training classes. These classes have taken place in TÜRGEV dormitories, and TÜRGEV has the authority to offer classes that are not specified in the protocol agreement.

In 2016, TÜRGEV had issued a press statement, advocating that secularism should not be included in the Turkish constitution. It had claimed that secularism is a concept that emerged against the hegemony of churches in Europe, and there is no institution like church and no class of clergyman in Turkish society, therefore what they needed is not a necessity for Turkish people.