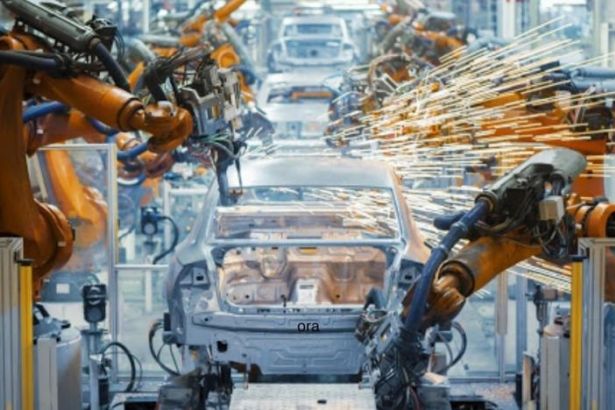 The Independent Industrialists’ and Businessmen’s Association (MÜSİAD), Turkey’s pro-government Islamic capitalist organization, suggests the establishment of ‘labour camps’ throughout the country to avoid halting the production amid the COVID-19 pandemic. In line with this purpose, MÜSİAD has turned its project initiated 7 years ago as ‘Medium-scaled Industrial Zones’ into ‘Isolated Production Bases’.

‘Isolated Production Bases’ are designed to accommodate 1 thousand families and approximately 4,500 people, according to the new project given necessary permissions by both the Ministry of Industry and Technology and the Ministry of Environment and Urbanization.

Since the aim of the MÜSİAD’s project is to maintain production under all conditions, ‘the production base’ to be established will be completely isolated from the outbreak when it closes its doors to external factors.

As the authorities plan to build four main production bases in the country, the first isolated production base will be put into use on June 15, 2020, in Turkey’s north-western province of Tekirdağ.

According to MÜSİAD project, the second isolated production base will be established in Istanbul’s Hadımköy district, the third one to be built in Hassa district located in the country’s southern province of Hatay, and the fourth one is planned to be established in the Black Sea region in the north.

The project will also be an exchange and a trading platform for Small and Medium Enterprises (SME) with its ‘ability’ to shut the door.

The authorities plan to protect the country’s vital production sectors that must continue under extraordinary circumstances in these ‘isolated production bases’.

It seems that MÜSİAD tries to turn the pandemic crisis into an opportunity for the capitalist class by creating ‘labour camps’ that will pave the way for further exploitation of workers even in heavy and unsafe working conditions of the outbreak.

However, the establishment of ‘self-sufficient’ and integrated production facilities seems impossible under circumstances in which production is atomized by the capitalist class as much as possible considering the current structure of capitalism in Turkey.

TKP: ‘‘THE AIM IS FURTHER EXPLOITATION OF WORKING CLASS’’

On May 13, the daily podcast of the Communist Party of Turkey (TKP), '‘Voice of TKP’', evaluated the recent project of MÜSİAD to establish ‘labour camps’ in the country to uninterruptedly maintain production amid the COVID-19 disease.

Defining the MÜSİAD’s ‘labour camps’ as ‘‘places, where 1,000 families will be accommodated and forced to work in accordance with the 14-day quarantine period accompanied by abundant tax reductions and incentives’’, Voice of TKP said in its podcast, ‘‘Capitalists act with a plan to transform the heavy conditions of the pandemic period into permanent mechanisms for the exploitation of the working class.’’

Underlining that all so-called measures taken by the capitalist class to protect the safety of workers and customers are nothing but hypocrisy, TKP also noted, ‘‘This social order, which sees the coronavirus disease as an opportunity to make more profit all over the world, is based on the exploitation of workers.’’

‘‘We are struggling against a rapacious, parasitic class…A class trying to use mandatory measures taken for public health and planning them to exploit for their self-interests. This is a class that prepares to make certain measures ─ like staying at home, quarantine conditions, and some social habits that we have to change due to the pandemic - a part of its exploitation mechanisms.’’

‘‘The main goal of the capitalist class never changes: Exploiting workers more and more…Because in this order, only labour creates the surplus value, and this value must be constantly confiscated by the bourgeoisie for the wealth and capital accumulation,’’ Voice of TKP concluded in its daily podcast.