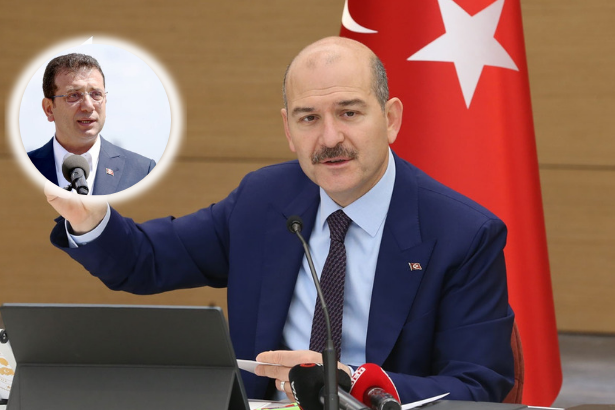 In his speech, Soylu criticized CHP's elected mayor of Istanbul, Ekrem İmamoğlu, for meeting with the elected former mayors from the HDP who were dismissed by the government with the mayors.

“I'm saying here: Do your job, you are more than welcome. But if you engage in other things outside of the job, we will devastate you. It is so clear," he said.

Last month, the AKP government replaced pro-Kurdish HDP mayors in Diyarbakir, Van, and Mardin with appointed trustees and detained more than 400 people over terror links. At the weekend, the elected mayor of Istanbul in the latest controversial elections, Imamoğlu, visited Diyarbakir and met with two of the dismissed mayors.

Responding to the statements of Soylu, CHP Deputy Chairman Responsible for Local Governments, Seyit Torun, said an 'appointed' minister could not publicly threaten an 'elected' mayor.