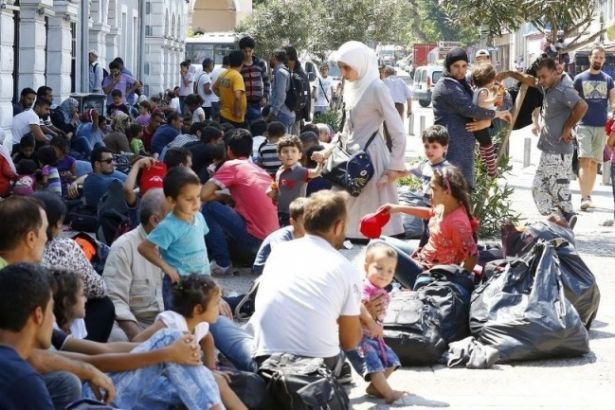 Talking at a congress center in İstanbul on July 23, Turkey's Interior Minister, Süleyman Soylu, said that around 16 thousands of people engaged in organized illegal immigration along the borders of Turkey were caught in the last 3 years.

Soylu claimed that his government is struggling to prevent the country from becoming a center of illegal migration, adding that they are already hosting 3.6 millions of Syrian refugees.

"We deported nearly 56 thousands of illegal immigrants last year. The number is 43 thousand as of July 20. We will deport nearly 80 thousands of them this year," he said, adding that the number has increased by 40-50 percent in comparison to the last year.

Meanwhile, the Governorate of İstanbul warned the Syrian refugees who are not registered in the city to return to the cities they are registered around the country until August 20. According to the governorate, more than 1 million foreigners are registered in İstanbul, around 547 thousands of them are Syrian.

Turkish President Erdoğan recently made statements at the South East European Countries Cooperation Process (SEECP) Summit in July, taking pride in his government policies that "managed to reduce irregular migration from Turkey to Europe by 99%."

The AKP government and President Erdoğan also continue stating that financial commitments promised by the European countries regarding the Syrian refugees have not been fulfilled, using the refugees to "warn" Europe.

Most of the refugees in Turkey are employed informally without work permits in favor of capitalists, facing severe discrimination as they are forced to work longer hours for lower wages.