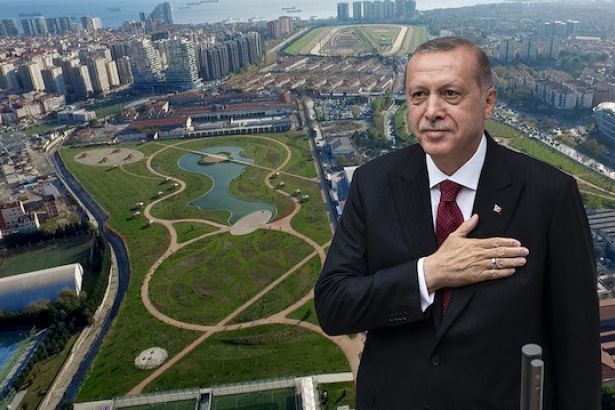 Turkey’s Housing Development Administration (TOKİ), a non-profit government administration affiliated with the Ministry of Environment and Urbanization, continues to open tenders for Erdoğan's election pledge that he calls "national garden".

741 million Turkish liras (122.5 million USD) was spent through the public entity for the garden project.

TOKİ had developed 41 national garden projects in the beginning, but this number has increased to 60. The purpose and benefit of these “national gardens” continue to be controversial.

THE PROCESS IS ILLEGAL TOO

The construction of the National Garden in Eskişehir was started after the Atatürk Stadium was demolished on the order of President Tayyip Erdoğan. The tender was won by Ekol Yapı Construction for 48 million TL.

In April, Utku Çakırözer, MP from the main opposition CHP, stated that the first tender for Eskişehir National Garden was revised and the new tender file was hidden from the public. After the tender process, the 65-year-old Atatürk Stadium was demolished for the National Garden.

Çakırözer said that unexpected events such as disasters, epidemics, and illnesses had to be experienced, according to the laws, in order to make a tender through bargaining. However, "TOKİ concealed this tender first, then invited the company it wanted and signed the contract," he said.

Since the tender is hidden, the details of the project are not shared with the public. According to the sources, some projects include "national coffee houses", "playfields", "aromatic gardens", "social reinforcements".