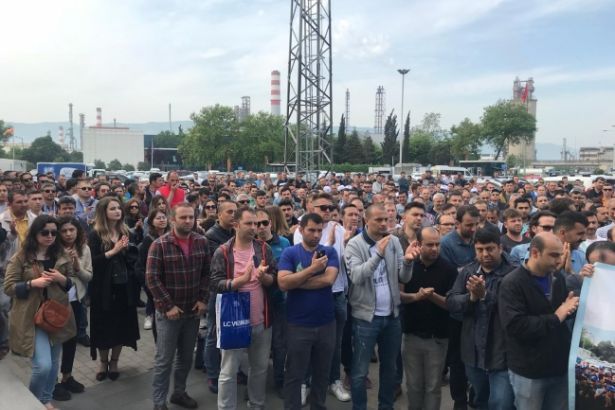 The agreement, which has not been officially notified to Petrol-İş Union yet, reportedly reflects the issues imposed by Koç Group.

Accordingly, the duration of the contract is arranged as 3 years, casual leaves are dependent on the supervisor's written permission and the shift system is changed.

Petrol-İş and TÜPRAŞ workers, who have been resisting for a long time, react to the contract concluded at YHK meeting.

After the approval of the contract by the YHK, Petrol-Is announced the resistance has been stopped for now, how to continue and how to react against this decision would be discussed in the following days.