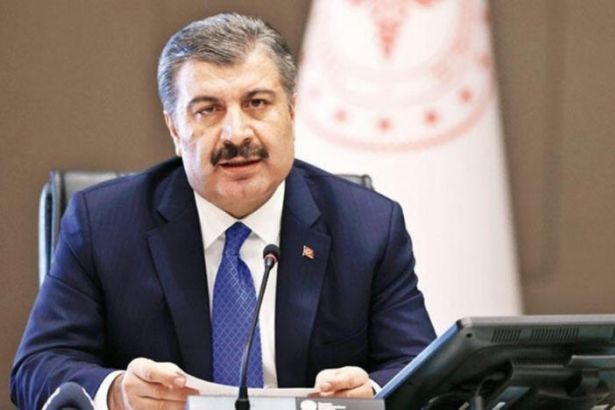 It was reported that the "domestic" PCR test kits used in the diagnosis of coronavirus were sold to the Ministry of Health by the International Health Services Inc. (USHAŞ) in March for about 4-5 times the normal price.

Murat Emir, member of the parliamentary main opposition Republican People’s Party (CHP), asked the Health Minister, Fahrettin Koca, for how much money USHAŞ bought the diagnostic kits in question; for how many Turkish Liras he gave them to the ministry and wether an extra price was billed.

According to a report in Cumhuriyet daily, Minister Koca stated that they wanted to localize the diagnostic kits, and noted that a company did this. Koca said, “The figure we recieve from this company is 32 Liras. The number of these companies increased to 12 and we put all of them to tender for the kit that we bought for 32 liras, and we reduced the price to 9.8 liras. I got the 1.7 million kit backward billed. It has no place in public logic, I understand that, but I say I did it.” Emir noted that after the corruption is understood in this regard

CHP member Emir said that Minister Koca has to explain the facts. Reminding that he had submitted 4 different parliamentary questions on the subject and held 2 press conferences so far, Emir said, "We asked why only one company was agreed with persistently.” Emir noted that USHAŞ chairman of the board, Cevat Şengül, and president of Turkey Health Institutes, Adil Mardinoğlu, were forced to resign, and that Turkey Pharmaceuticals and Medical Devices Agency Head, Hakkı Gürsöz, was dismissed.

Reminding that Minister Koca constantly said the price of the tender made by the State Supply Office in July, Emir said, “However, in March, USHAŞ sold the same test kits to the ministry at a much more expensive price, insted of 9.8 liras. The Minister avoided political responsibility by trying to cover the incident.”

Noting that Koca made a retrospective price difference invoice after the claims that the test kits were purchased for a much higher price, Emir said, "If the price of the kit is 9.8 liras, why did USHAŞ try to rip off the ministry? According to the minister's calculation, there is an overpayment of approximately 40 million liras in 1.7 million test kits. If we didn't pursue this job, they would lie on it. For how much money did USHAŞ purchase these test kits, which it sells for 32 liras. We expect this question to be answered.”