After an image of a dancer doing ballerina style moves was shared on social media by one of Turkey's richest people, a group of men performed Islamic prayer in front of Hagia Sophia 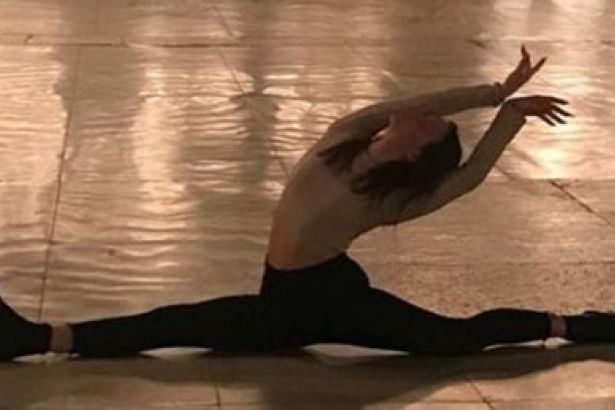 İstanbul’s Hagia Sophia (Ayasofya) museum administration launched an investigation on January 5 after a photograph of a dancer doing the splits in the museum appeared on social media and sparked outrage among Islamists.

Leyla Alaton, a Turkish businesswoman and board member of the capitalist group of Alarko, shared photos on her social media account, showing the special visit of a 150-person-group to the historic museum on Saturday evening.

Following Alaton’s posts, including an image of a dancer doing ballerina style moves, some pro-government social media users and media outlets, including A Haber, slammed Alaton’s post, alleging that since Hagia Sophia was a sacred venue for Muslims, the dance performance was disrespectful for Islamic values. A Haber reported the incident as “Dance provocation at Hagia Sophia”.

The next day, Jan. 6, a group of men performed Islamic prayer in front of Hagia Sophia so as to protest the image of a dancer doing the splits in the historic museum. As the police closed the entrance, the group shouted slogans demanding that the centuries-old building should serve as a center for Islamic prayers.

In the wake of the heated row on social media that resulted in a protest of an Islamist group, the Hagia Sophia administration released a statement, stating that they launched an investigation after the related image of a woman doing the splits inside the museum had appeared on social media platforms. The official Twitter page of Turkey’s Ministry of Culture and Tourism also shared this statement of the ministry-led museum.

Alaton removed her related social media posts and the dancer image, and issued an apology statement, noting that she never meant to hurt anyone with a photo. “I shared a photograph that was aesthetic to me. I could not think that it could pose a threat to any values,” she said. Leyla Alaton and her company are among some capitalist conglomerates that received super incentive certificates provided by President Recep Tayyip Erdoğan’s government.

Back in September 2018, Turkey’s Constitutional Court concluded by rejecting an appeal of a private organization that asked for the conversion of the museum into a place of Islamic worship.

Built in 537 AD, Hagia Sophia had served as a Byzantine Christian and Greek Orthodox patriarchal cathedral for over 900 years until 1453 when the Ottoman Empire conquered the city under the command of Mehmed the Conqueror who ordered this main church be converted into a mosque. The almost 1500-year-old venue was converted into a museum in 1935 under the lead of Mustafa Kemal Atatürk, the founder of the modern Republic of Turkey.

As Hagia Sophia, a UNESCO World Heritage site, was turned into a museum under the secular principles of Atatürk, Turkey’s Islamists have frequently carried out campaigns since then in order to turn the historic building into a mosque again. On March 31, 2018, Turkish President Erdoğan recited verses from the Quran for the first time in Hagia Sophia, strengthening the Islamic sentiments of his political base.