Metro Grossmarket workers paid a solidarity visit to the Communist Party of Turkey (TKP) in İstanbul after they won their legal case ruling the payment of their compensations. They donated some of their pays to TKP to be used for other resisting workers 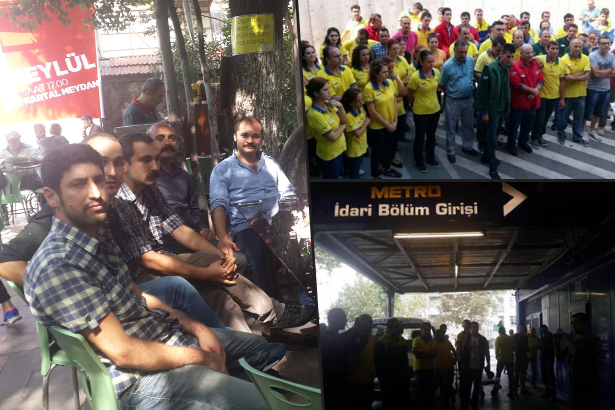 Metro Grossmarket workers were dismissed in 2016 as they went on a strike after the collective bargaining process failed. The dismissed workers won their reinstatement lawsuits in September 2018. A court has recently finalized the case by ruling the payment of workers’ compensations.

The workers visited TKP in İstanbul for the support of the Communist Party during their strike. They decided to donate some of their compensation pays to TKP. “We know that you will use this money for other resisting workers like us,” they said.

The workers and TKP administrators talked about the problems of the market sector in Turkey. They exchanged their views to take joint steps in order to strengthen the solidarity network "We Breathe Down the Bosses' Neck" initiated by TKP. The party delegation invited the grossmarket workers to the party’s major gathering that will be held in İstanbul on December 22 in İstanbul.