Turkey’s Foreign Minister: On whose authority are you urging Turkey to withdraw from Syria?

In the joint press meeting with his Swedish counterpart Ann Linde, Turkish Foreign Minister Mevlüt Çavuşoğlu said "In diplomacy, the word 'urge' refers to scorning. On whose authority are you urging Turkey to withdraw from Syria?" 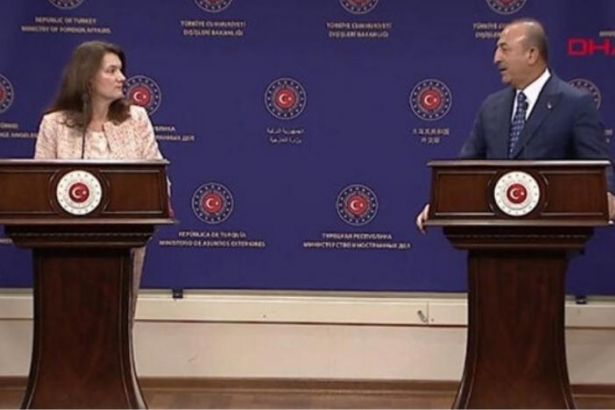 There was a tension in the joint press meeting between Turkish Foreign Minister Mevlüt Çavuşoğlu and his Swedish counterpart Ann Linde.

On the contrary to the Turkish Minister's statements, the Syrian government warned Turkey several times about its presence on the Syrian soil. In his latest statements, Syrian President Assad said that the actions of Turkey and the United States Syria are considered as an occupation.