While the finance companies and banks in Turkey have been intensifying exploitation of labour and layoffs as the economic crisis deepens, workers in the financial sector start rising against this situation 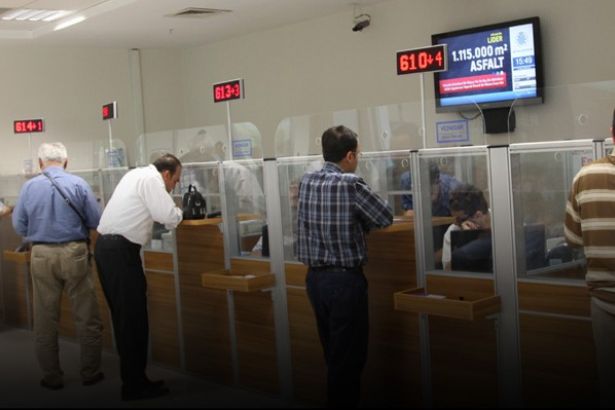 The capitalists in the banking and finance sector in Turkey have recently been the main actors in the news that reveals their dirty business relationship with the Turkish government as well as bribery and corruption. In order to maintain profitability and "stability", the capitalists put different strategies in effect such as mass layoffs, the pressure of performance, long working hours, mobbing and threats. The share of the financial sector in national income has increased from 2.5 percent up to 4.5 percent between 2002 and 2017.

The workers of the banking and finance sector, on the other hand, have started to make their voice heard against this deepening exploitative relationship. The workers are planning to get together and find collective ways to challenge this situation in the sector by calling for forming a people’s committee in İstanbul, whose first meeting will be held in İstanbul on February 10. The People's Committee was established upon the call of the Communist Party of Turkey (TKP) following the last year's fraudulent referendum on April 16, and aims to create a nationwide mass popular organization against the hypocritical mechanisms used by the ruling power.

Finance and banking sectors are usually thought to have luxurious offices in business towers and provide good working conditions for their workers. However, according to the workers in Turkey's financial sector, the working conditions have been worsening as the economic crisis deepens.

According to one worker of Denizbank in Turkey, "there is not a single day in which someone is not fired. Rest of the workers are usually forced to do the job of three people”. The workers are controlled by building an empire of fear that “when the CEO comes into the offices the workers stand up", she adds.

Another worker from Odeobank says that "although we were interviewed four times during the hiring process, the information that we will be fired comes two or three days ago before the process starts". In call centres, according to the workers, it is nearly impossible for a worker to meet his or her basic needs within the very limited breaks.

Financial sector monopolies have gradually worsened the working conditions of their employees, especially in times of economic crisis, while they have been the main actors in the privatization of public enterprises and creation of rent-seeking economy. They have also not hesitated to implement nature and people unfriendly projects. It is also clear that as the economic crisis deepens they will make the working conditions even worse if the workers do not get organized against them.