Turkish Finance Minister Berat Albayrak held talks with U.S. President Donald Trump on Monday and discussed the issue of missile systems, according to the sources 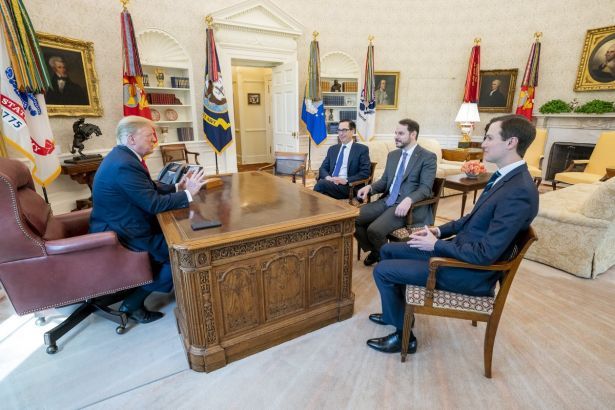 A meeting was held between Turkey's Finance Minister and Erdoğan's son-in-law Berat Albayrak and US President Donald Trump on Monday.

Albayrak told the reporters that he first met with Secretary of Treasury Steven Mnuchin and Secretary of Commerce Wilbur Ross, and then met with President Trump. According to the sources, Albayrak left the White House with a positive impression.

"Concerning the S-400 process based on Turkey's needs, I witnessed a constructive view and positive approach at the presidential level," he told the press.

Albayrak was also said there were discussions at the meetings on increasing bilateral trade between the US and Turkey to $75 billion annually.

Turkey is one of the partners in the trillion-dollar-worth production of the F-35 program. However, the US officials have repeatedly sent Turkey messages and warnings that in case Turkey purchases Russian S-400 missile defense system, the F-35 deliveries to Turkey may be suspended.

Albayrak's visit to the US was reportedly negative regarding the meeting with US investors, as Albayrak presented little persuasive detail on the economic tightening plan and failed to excite investors in Washington last week.

US Senators proposed bill to block F-35s to Turkey