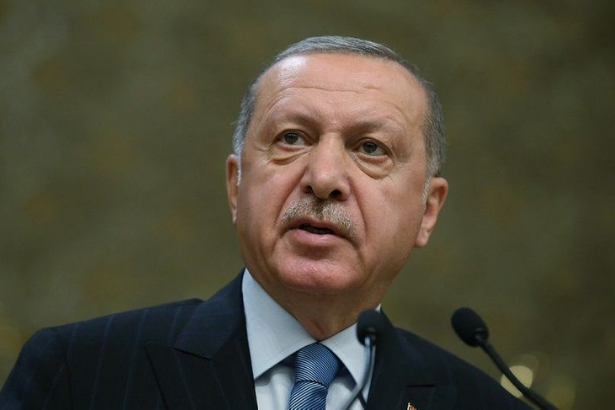 Talking at the 11th Ambassadors' Conference in Ankara on August 6, Erdoğan said that his government would move forward to a different phase in northern Syria, the Kurdish militia YPG-controlled area.

“We’ll move the process that we launched with the Euphrates Shield and Olive Branch operations forward to a different phase very soon,” he said, calling on the US to take steps as an allied force. “Unless this structure growing like a cancerous cell along our southern borderline is eliminated, Turkey will not feel safe,” Erdoğan noted.

“We’ll be able to establish the corridor of peace through which our brothers in Syria will live in peace. We aim to accelerate the process for the return of the homesick refugees to their country,” the Turkish president said.

Turkey's ruling AKP government signaled several times a military operation in the east of the river but was waiting for the US to create a safe zone inside Syria’s northeastern border, willing to clear the border of the Kurdish YPG. Ankara is accusing Washington of stalling progress on setting up the safe zone.

Meanwhile, the US Secretary of Defense, Mark Esper, said, “Turkey’s unilateral operation in northern Syria is unacceptable. We hope to reach a deal with Ankara.”

Ünal Çeviköz, the deputy chair of the main opposition Republican People’s Party (CHP), said that they attach importance to the talks with the US regarding any possible Turkish military operation in Syria. “We definitely accept that the issue of the east of the Euphrates is a safety concern for Turkey. However, we think that there are alternatives for the solution of this issue, notably a peaceful approach and dialogue among such alternatives,” he said.

The U.S. administration planned to create a “safe zone” for Kurds after President Donald Trump had announced the withdrawal of all US troops in northern Syria.