Turkey’s selected Marxist academics have released the first issue of the third volume of "Matter, Dialectics and Society" published by the Academy of Science and Enlightenment. 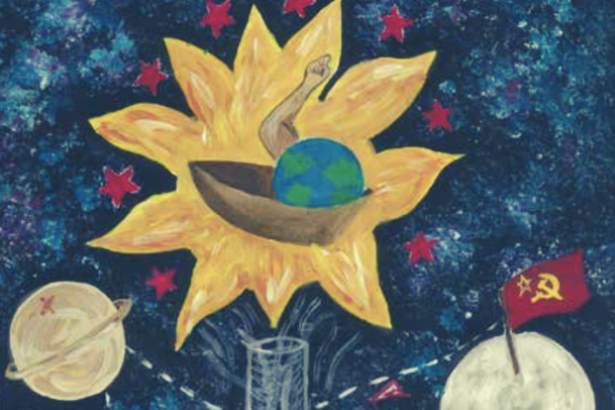 The Academy of Science and Enlightenment (BAA), an academic organization of Turkey’s Marxist intellectuals founded with the initiative of the Communist Party of Turkey (TKP) in 2017, has released the first issue of Matter, Dialectics and Society, a peer-reviewed scientific journal published four times a year.

The new issue of the journal includes the opening speeches made by Kemal Okuyan, the General Secretary of TKP, and Makis Papadopoulos, Member of Political Bureau of the Communist Party of Greece (KKE), at Socialist Future and Planning Symposium held in December 2019.

As one of the guests at the symposium, TKP General Secretary Kemal Okuyan made a seminal speech on the relationship between science and the struggle for socialism, while the Member of KKE Political Bureau, Makis Papadopoulos, discussed how the main character of socialism would be in the 21st Century, based on the working class experience of the past century.

Editorial Board of Matter, Dialectics and Society said that they decided to present both opening speeches and final declaration of the symposium in Turkish and English in the journal due to the fact that the topics focused in these speeches are not only of particular concern to Turkey but also the working classes around the world.

Furthermore, the communist intellectuals present a file on the history of Soviet science in the first issue of the third volume of Matter, Dialectics and Society, while an interview with Turkey’s precious Marxian economist Korkut Boratav sheds light on late history within the context of imperialism and capitalism in Turkey.

‘HUMANITY OVERCOMES EVERY PROBLEM IT STRUGGLES FOR’

The Socialist Future and Planning Symposium held by BAA in last December was organized with the slogan, ‘‘Humanity overcomes every problem it struggles for’’.

Throughout the symposium, scientists have demonstrated that despite all the malicious efforts and pessimism spread by imperialism, humanity has a socialist future and people can overcome the problems presented to them as if their ‘‘fate’’. In this respect, the Final Declaration of the Symposium of Socialist Future and Planning summarizes the purpose and content of the symposium.

Reminding that one of the main themes of Matter, Dialectics and Society is science in the Soviet Union, the Editorial Board of the peer-review journal informed that they, as the Academy of Science and Enlightenment, visited Moscow with a delegation in September 2019 to get more detailed information on this subject, carrying out a series of researches at the Archive of the Russian Academy of Sciences (RAS) and the Russian State Library (RSL), which was known as the V.I. Lenin Russian Library during the socialist period.

‘‘It is the first time we have managed to deal the relevant issues with an understanding of true scientific historiography and that we took a step towards the Soviet history of science based on the documents. With this modest step, four articles were written for the last issue of Matter, Dialectics and Society,’’ Editorial Board announced.

Based on these studies, Meltem Çolak wrote on the Tatlin Tower designed for the Comintern, or the Third International (1919-1920), while Nevin Eracar investigated Grunya Sukhareva, a Soviet child psychiatrist who was the first to publish a detailed description of autistic symptoms in 1925.

In the recently published issue, Erhan Nalçacı, Central Committee Member of TKP and the founding member of BAA, and Russian language expert Yasin Çalış presented the documents they have reached about two Soviet historians Vladimir Dyakov (1882-1958) and Sergey Kovalyov (1886-1960).

Our readers can access the newest issue of Matter, Dialectics and Society through http://bilimveaydinlanma.org/madde-diyalektik-ve-toplum-cilt-3-sayi-1/