The first Treasury bond issuance after April has occurred in international markets. As 2,67 points were added on the US government bonds in the previous bond debts, 4,47 points were added in the debts announced on October 16. The new indebtedness valued at $2 billion shows that the ‘reconciliation’ with the international capital cost the Turkish government a lot. The recent bond issuance on Oct. 16 is estimated to place an additional $40 million burden annually to the Treasury 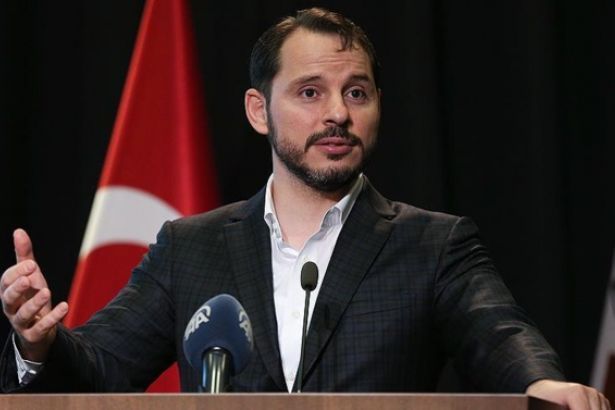 The Treasury in Turkey issued its bond issuance denominated in dollars deferred to 2023 within the scope of the 2018 External Indebtedness Program. An amount of $2 billion was sold in international capital markets on Oct 16. The bond with a maturity of 2023 was stated to be demanded with $6 billion, while the yield ratio of the bond has been 7,5 percent and its coupon rate has become 7,25 percent.

These rates were 6,20 percent and 6,125 percent in the last borrowing in April. In parallel with this, the ‘‘spread’’ for the US bonds has increased to 4,47 after the recent bond issuance, while this figure was 2,67 in April. On the basis of the US bond return, an increase of nearly 2 points has occurred.

In addition to these, the statement of the Ministry of Treasury and Finance indicates that $6 billion-portion from the borrowing target of the Treasury amounted $6,5 billion in the 2018 external financing program has been completed.

ALBAYRAK: TENDER IS A REFLECTION OF OUR ECONOMY’S STRENGTH AGAINST EXTERNAL SHOCKS

Berat Albayrak, the Minister of Treasury and Finance, claimed in his statement about the bond issuance that high demands in the tender despite the fluctuations in global finance system are an indication of the reliability of Turkish economy.

"The tender clearly shows that investors have responded positively to the strong economic bases of Turkey, its stability against the external shocks, and the effects of policies and measures that we have implemented," Albayrak also said.

BOND YIELDS ARE ABOUT 10 PERCENT IN AUGUST

The latest bond issuance of the Treasury was in April 2018. Yet, the yield ratios of 5-year bonds traded at the international markets rose to 10 percent. Therefore, the ratios in the tender on Oct 16 indicate a decline in the rates of return when compared to the fluctuations in the bonds of Turkey since April.

This is also considered as an indicator of conciliation with international capital by the authorities. However, the cost of this ‘‘conciliation’ is quite expensive as can be seen in the previous banking syndicates.