The Communist Party of Turkey (TKP) filed complaints against President Erdoğan, the minister of interior Süleyman Soylu and his spokesperson, fascist party leader Bahçeli, and the police that tortured the protesters during Boğaziçi resistance. 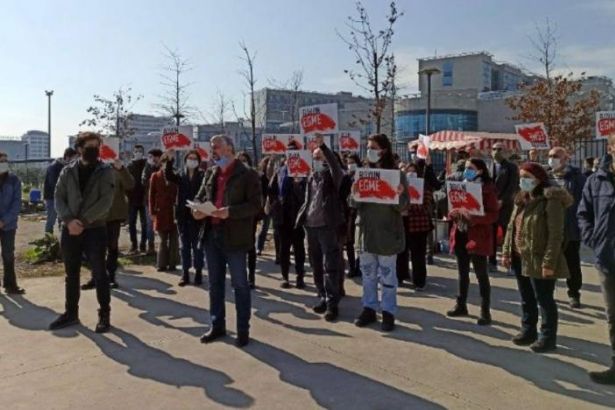 Turkish police detained 159 students on the 1st of February, trying to prevent the protests against the newly appointed pro-AKP president of the Boğaziçi University. The protests at Boğaziçi University started right after Turkey's President Recep Tayyip Erdoğan appointed the new rector on January 2 and continued with the participation of students, university staff, and citizens. Protests spread nationwide and further reactions from the right-wing politicians continue to come.

The Communist Party of Turkey (TKP) denunciated President Erdoğan, the minister of interior Soylu and his spokesperson, fascist party leader Bahçeli, and the police that tortured the protesters on 22th of February with several charges against torture, insult, and threats to the Public Prosecutor of Istanbul.

No one can insult, threaten, target, nor threaten the progressive youth, the honorable people of this country, stated the lawyer representative of TKP, Özgür Murat Büyük. They will not obey, and will strive for the punishment of the responsible, Büyük underlined.

Eray Türkdoğan, one of the university students who detained during the protests also took the words. You don’t have to be a student of Bogazici University to stand against reactionary and capitalist interventions, violence, and tyranny, Türkdoğan stated, as just one of the thousands of the students who faced violence, insults, and threats; we start the legal struggle with this denunciation while the struggle in Boğaziçi continues.