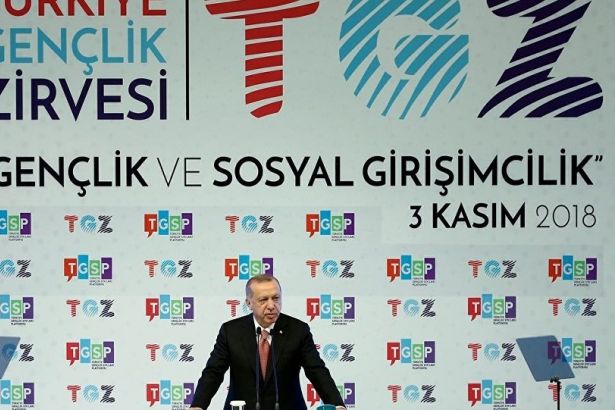 The Communist Youth of Turkey (TKG) released a statement on November 5 against President Recep Tayyip Erdoğan who recently warned university students against getting used to "free-riding" as he offered education loans instead of public scholarships.

Talking at the Turkish Youth Summit in İstanbul's Yıldız Technical University on Saturday, Erdoğan offered the students to receive high education loans instead of public scholarships while studying, urging them not to get accustomed to "free-riding".

The youth affiliation of the Communist Party of Turkey (TKP), the TKG, said, "It would be absurd to explain someone, who turned the state into a family business, that one of the social tasks of the modern state is to offer each citizen the opportunity of improving themselves in accordance to their abilities."

The TKG indicated to some capitalist bosses as the true free-riders as they force vocational high school students to work for months for free under the name of training, to those who dare to talk about "social responsibilities" during career days at university campuses while dismissing workers for unionising and resisting for their rights.

The communist youth also pointed out to pro-government Islamist circles as the true free-riders that exploited public resources to launch religious cult dormitories in order to rain jihadists at such places for bloody conflicts in the Middle East.

The TKG vowed to launch a new, socialist country that will enforce all the true free-riders to work and live in humane conditions against the family business state of the rulers.

HUNDREDS OF THOUSANDS OF STUDENTS UNDER DEBT EXECUTION

As Erdoğan offered university students to receive credit debts rather than public scholarship, it is revealed that around 280,000 of students have been subjected to legal proceedings since they could not pay back their education loans.

The total amount of debt is around $395 million.

Under the rule of Erdoğan's AKP government, big corporations and rich groups have been often awarded conveniences including tax amnesties, debt cancellations or debt restructurings, while students' loans have never been cancelled, and moreover, a high number of students are forced to work while studying to meet their financial needs.