Turkey's communist youth: How many lives do young workers have to sacrifice for capitalist class?

Criticizing the Turkish government's recent additional circular excluding young workers between the ages of 18-20 from the curfew despite COVID-19, the Communist Youth of Turkey released a statement, pointing out that the capitalist class puts the continuity of the production and profit maximization before the life of the young workers. 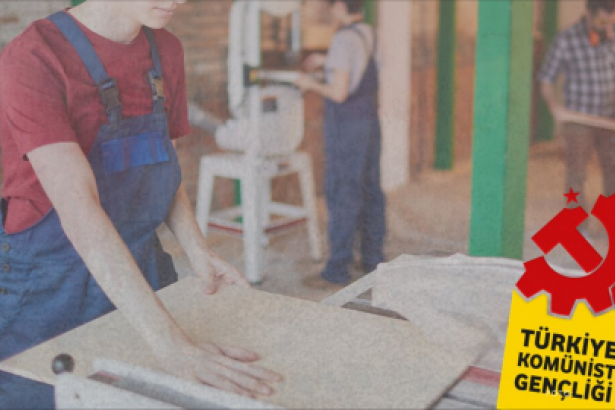 As Turkey's Ministry of Interior forces at least 811 thousand workers between the age of 18-20 to work under threat of COVID-19 pandemic, the Communist Youth of Turkey (TKG), the youth branch of the Communist Party of Turkey (TKP), has released a statement on April 6, asking the government how many lives young workers have to sacrifice for the capitalist class.

TKG calls on the youth to be organized in the ranks of socialism to abolish this bloodsucking capitalist system that condemns school-aged children and to live in a humane life. The full statement is as follows:

We ask the government: How many lives do young workers have to sacrifice for capitalist class?

In the additional circular of the Ministry of Internal Affairs, which explained the exceptions for the curfew for young people between the ages of 18-20, public employees, people who document that they work in the private sector, and seasonal agricultural workers were exempted from the curfew.

The meaning of this decision is clear: The bourgeoisie puts the continuity of the production before the life of the young workers! The capitalist class act as it wants, considers young people staying home to be protected from pandemic as “workforce loss.” However, humans are not cost elements.

In Turkey, the number of workers under 20 years of age is 4 million, and 720 thousand of this is young people and children between the ages of 15-17. Anyone in this age group should stay in their homes, using the unconditional right to paid leave to avoid the epidemic.

Youth cannot be brought back and bought!

This system that condemns school-aged children and youth must be abolished. Living humanly is easier than accumulating capital. Therefore, it is vital to be organized in the ranks of socialism for a humane life.

Take a step to save your life from the hands of the capitalists, join the ranks of the socialist revolution!