Fatih Mehmet Maçoğlu, the communist Mayor of Ovacık district of Turkey’s Dersim province, interviewed with soL news about his candidacy in Dersim, the activities of his communist municipality in Ovacık, the agenda of socialists, and the political atmosphere before the local elections to be held in March 2019 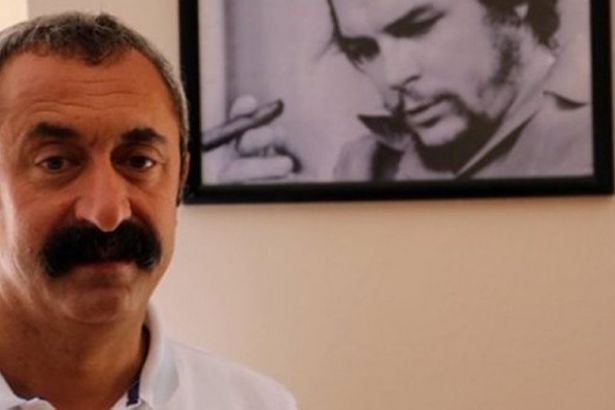 The Communist Party of Turkey (TKP) is one of the political parties to run in the local elections to be held on March 31, 2019, in Turkey. TKP, which aims to establish a new order that put an end to the exploitation of man by man, emerges as a real option for the peoples of Turkey sentenced to despair with the pseudo-solutions of the bourgeois political parties. In line with this purpose, Turkey’s communists bring socialism forward as a sole remedy for a humane life by rejecting intra-bourgeois political solutions and will nominate candidates for municipal councils all over the country.

As TKP will present candidates for mayors in many provinces of Turkey, it announced that the current Ovacık Mayor Fatih Mehmet Maçoğlu has been nominated as a candidate for the Mayor of Dersim Municipality, representing a broad socialist alliance including TKP.

Responding the questions of soL news about the current political environment of Turkey before the elections, Maçoğlu said: ‘‘I think every step that will contribute to the struggle of the oppressed in such a country where there are so much oppression and persecution, and where journalists and academics are ignored is very significant.’’

‘‘In this sense, we, as socialists, intellectuals, and progressive forces, try to be a part of this struggle in order to integrate the people into the political process through local government we have,’’ Maçoğlu added.

Commenting on the positions of political parties in Turkey since the electoral atmosphere has started, the communist mayor stated: ‘‘I have been the mayor for over four years in Ovacık district. I’ve never done politics by looking at the policies carried out by other political parties during this time. Because, we, as socialists, rely on our own party program. Socialists do not criticize the understandings maintaining continuity of capitalist-imperialist system in their region. They strive for their own political power. What really matters is to overthrow this system [of exploitation].’’

Saying that socialists, intellectuals, women and young people should have something to say in this world, and they should raise their voice in the streets and factories via organized power, Fatih Mehmet Maçoğlu underlined that every institution as a part of this solidarity needs to fill a pool full of the oppressed people suffering from the capitalist system, and carry this energy out.

A SOCIALIST MUNICIPALITY IN OVACIK

Regarding the question about the activities of his socialist municipality in Dersim’s Ovacık district since 2014, Maçoğlu said: ‘‘We have shown the examples of what can be done in such a limited period within a socialist program in Ovacık.’’

‘‘Despite our deficiencies, we carried out many activities in the field of education. We took steps regarding the basic needs and educational materials of the children with our friends from the Education and Science Workers’ Union (Eğitim-Sen) while thinking over the question how people can receive a scientific education,’’ he added.

Underlining that the socialist municipality in Ovacık performed studies on native language and cultural issues, Maçoğlu noted: ‘‘We’ve tried to encourage women to involve more actively in the local administration, and we supported them in their decisions.’’

The communist mayor also stated that his municipality has been closely interested in nature and environmental issues. Within this context, Maçoğlu and his socialist municipality in Ovacık have conducted significant activities to protect the environment such as the establishment of producer and consumer cooperatives in different provinces of Turkey.

‘‘With these cooperatives, we principally aim to create spaces for people to be organized,’’ Maçoğlu emphasized.

Apart from these, Maçoğlu reminded that the socialist municipality in Ovacık also worked for the local solution of housing problem created by the capitalist system.

‘‘Even if we could not hold all the aces in this issue, at least our municipality had a chance to explain how the socialist perspective handles the housing problem,’’ the communist mayor pointed out.

‘‘We thought that water, as a basic human right, must not be sold; thus we introduced it to the people with the lowest price as far as possible, telling people that transportation and housing are basic human rights,’’ he added.

‘‘SOCIALISM IS A WAY OF LIFE’’

Responding a question regarding his candidacy from Turkey’s eastern province of Dersim in the forthcoming elections of March 2019, the communist mayor Fatih Mehmet Maçoğlu told that ‘‘People in the places we visit ask whether we can successfully perform socialist practices in a larger region like Dersim. In fact, we have shown in Ovacık that socialism is possible in every place where living beings exist. Everyone will see that this understanding is not related to small or large areas. Because we know that socialism is basically a way of life.’’

‘‘Socialism inherently has an understanding of development of a culture of life, the ability to act united and solidarity based on equality and social justice,’’ Maçoğlu noted.

Saying that socialists will show how to govern a city together with people in Dersim, Maçoğlu concluded: ‘‘We are in a struggle for creating a model in Dersim with its districts, villages and the relations of production. We want to show the people of Anatolia and Mesopotamia what a socialist municipality can do.’’