In order to explain the cause of missed inflation targets in meetings, Turkey's Central Bank spent more than 1 million Turkish Liras 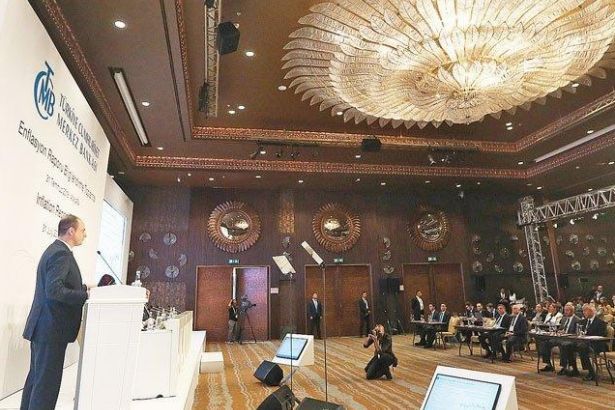 The bank, on the other hand, missed the targets for the last 8 years.

According to Erdoğan Süzer from Sözcü daily, the Bank held all its meetings in Ankara until January 2016 in its own building. This situation changed in April 2016 after Murat Çetinkaya became head of the Central Bank. All meetings are now held in five-star hotels.

According to the sources, a total of 387 thousand liras were paid to private tourism companies for four meetings in Sheraton, Hilton Istanbul, Hilton Ankara and Conrad hotels in 2017.
In 2018, a total of 656 thousand 750 liras were paid for four separate meetings held at the Sheraton, Hilton Istanbul, Shangri-La Bosphorus hotels. Thus, the total payment for eight meetings in two years reached 1 million 44 thousand liras (270 thousand US dollars).