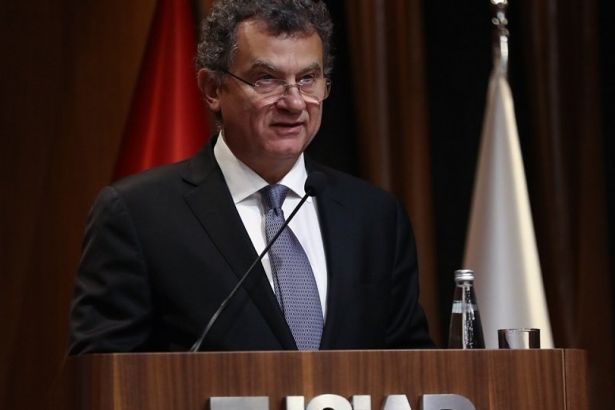 A presidential decree on July 6 in the official gazette announced that Erdoğan sacked the governor of the central bank, Murat Çekinkaya, replacing him by Murat Uysal, the deputy chair of the bank.

TÜSİAD criticized the reelection decision for Istanbul mayorship and congratulated the new mayor from the opposition party after he took the office. On the other hand, after the first municipal elections of March 31, TÜSİAD supported the AKP government’s anti-labor economic package, announcing that they were satisfied with the government’s steps for the new economic program.

“WE WEREN’T WELL PREPARED FOR THE NEW SYSTEM”

“The central bank can use many instruments including interests, reserves, reserve ratios and various optional mechanisms,” the TÜSİAD chair stated. He went on to say that the new presidential government system had been launched sooner than anticipated because of the early elections in June 2018.

“Perhaps we were not well prepared, and we have realized some inconveniences in practice, yet, as we all know, this system has some problems. We’ve heard about some works for constitutional changes to solve such problems,” Kaslowski said.

Having worked for the state-owned Halkbank after 2007, the new governor of the Turkish central bank, Murat Uysal, has been the deputy chair of the central bank for the last three years.

Some economists and bankers have told Reuters that the 48-year-old new central bank governor was appointed because he agrees with Erdoğan on interest rates. Erdoğan stated that the former governor was sacked because “he didn’t do what he had to do.” "We told him he had to cut interest rates several times during economic meetings. If interest rates decrease, inflation decreases, we said," Erdoğan told in a meeting recently.

Meanwhile, a Turkish academic, Can Okar, has shared some excerpts from Uysal’s previous articles on his social media accounts, blaming the new central bank governor for plagiarism in his early academic theses.