"The runaway of capital only benefits capital owners themselves. They will be brought before justice because they ripped off this country and left it in darkness” 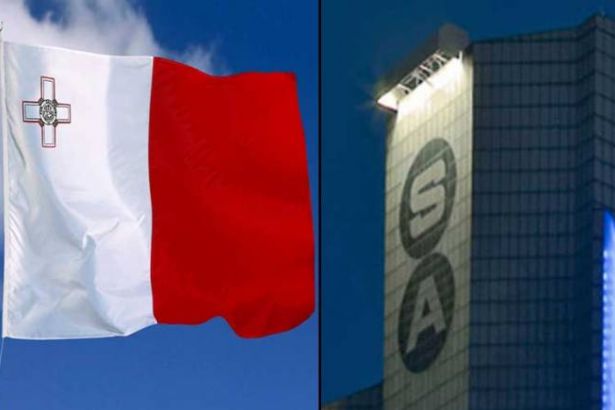 SoL columnist Orhan Gökdemir evaluates two recent news regarding Turkey: One is that some of Turkey’s capitalists became Malta ‘fugitives’, buying citizenship of the country. The other is the latest study of a research company, Konda, showing that the society is not totally under the control of the AKP government. He argues that “one fraction of this country resists and stays still in the light.

Two news in a nutshell: Malta ‘fugitives’ and Konda report

New York Times published an article about the recent migration outflows from Turkey. The article entitled ‘Spurning Erdogan’s Vision, Turks Leave in Droves, Draining Money and Talent’ argues that the fundamental reasons for migration were ‘cronyism and authoritarianism’. While the article gave references to the Turkish ‘food giant’ Yıldız Holding’s attempt at ‘transferring the family’s majority holding of Ulker out of reach of Turkish courts’, Yıldız Holding refuted the claim and argued that it was ‘a mal-intentioned political statement’.

According to NYT’s article, the majority of migrated consisted of ‘the elite who have dominated Turkey’s cultural and business life for decades’. The majority of them target Greece, Portugal, and Spain. They settle down through the purchase of estate. 12,000 of them are USD millionaires. In other words, the migration of capital corresponds to the migration of people. Nevertheless, the migrated capital also targets the United Arab Emirates.

The main argument of NYT’s article is declared at the end: ‘If one looks at any major country collapse in history, it is normally preceded by migration of wealthy people away from that country’.

The United Arab Emirates is important since ‘the elite who have dominated Turkey’s cultural and business life for decades’ cannot find any more liberal space there than in Turkey. Thus, there cannot be a direct bond between the migration of people and capital. The other interesting country on the list is Malta. Malta cannot be a space where capital migrates since Paradise Papers, which was penned by ICIJ and named ones with offshore bank accounts and corporations, argues that Turkish politicians already undertook investments there. Indeed, then-Prime Minister Binalı Yıldırım and his sons have already had offshore bank accounts in Malta. Although Yıldırım refuted such claims, the fact that one of the four Twitter accounts Yıldırım’s official Twitter account was following was the President of Malta Marie-Louise Coleiro remained significant.

Since then, Malta has become one of the important targets for the migration of capital. It is clear that celebrity rich people have gained Malta citizenship alongside transferring their wealth. These people have benefited from the programme of ‘Citizenship by Investment’ in Malta which allows the obtaining of citizenship in exchange for the purchase of estate. Ones who obtained the Malta citizenship has been announced in the Maltase official gazette.

The price of Malta citizenship

The price of Malta citizenship costs a huge amount of money. One must firstly contribute €650,000 to the Maltase fund of Economic and Social Development. In other words, one must donate this amount of money to the Maltase state. On top of that, one must buy an estate that would cost at least €350,000 and invest €150,000 in state bonds. One must pay extra costs in case of a family application.

One of the reasons for the qualified migration outflows from Turkey can be the gloomy future due to the actions of the Turkish government. Nonetheless, the reason behind the runaway to Malta cannot be this. Capital always flows to spaces with low taxes and higher profits. The capital flows to tax havens is not a recent fact that has appeared under the AKP government. It is actually an ordinary process inherent in capitalism. The obtaining of citizenship from tax havens is the cream topping on a cake.

Nothing to lose hope for

The country where capital lives is where it makes profit. In the case of the fall of profit, capital runs away. It is normal that scared people run away and seek for a better future in other countries. However, there are people who resist and stay in Turkey. In front of these people, there are working classes.

The research company Konda has recently published a report on social change in Turkey for the last decade. According to the report, the percentage of home-owners reduced from 74% to 66% whereas the percentage of tenants increased from 21% to 29% despite the AKP’s construction madness. In other words, the construction of thousands of houses, whose majority remained excess of demand, could not prevent the rise of homeless.

The percentage of married couples has decreased from 71% to 65% despite the establishment of the Ministry of Family and never-ending political statements about family.

It means one fraction of this country resists and stays still in the light. The runaway of capital only benefits capital owners themselves. They will be brought before justice because they ripped off this country and left it in darkness.