As the deadly ‘‘novel coronavirus’’ continues to infect tens of thousands of Chinese citizens and spread to more than 30 countries in North America, Europe, Asia and the Middle East, the capitalist class in Turkey is seeking for the ways to make more profit from the epidemic escalating into a worldwide disaster, the Communist Party of Turkey (TKP) discussed in its daily podcast, Voice of TKP. 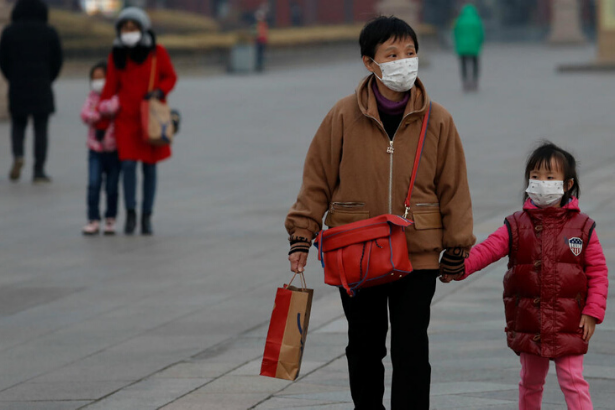 Due to the ‘‘novel coronavirus’’ threat, officially known as COVID-19, at its doorstep with recent cases reported in its eastern neighbouring country Iran, Turkey last week has decided to temporarily close its border with Iran as a preventive measure against the outbreak. As the Turkish government also announced that it has suspended railway services over its Iranian border following the rising death toll in Iran due to the deadly epidemic, Turks living in Iran are only allowed to travel to Turkey on foot.

The daily podcast of the Communist Party of Turkey, ‘‘Voice of TKP’’, released on Tuesday, mentions how Turkey’s capitalist class is seeking for the ways to make more profit from the novel coronavirus escalating into a worldwide disaster infecting tens of thousands of people in China and spreading to more than 30 countries in North America, Asia, Europe and the Middle East.

‘‘While China has been exposed to COVID-19 disaster with serious social consequences, the western mainstream media blames the Chinese government. As the U.S. attempts to weaken the rising China as a possible threat to the American hegemony in global trade are clearly known, the novel coronavirus was also used to sabotage China’s economic relations with other countries,’’ Voice of TKP said in its Tuesday’s podcast and asked the question: ‘‘What about the situation on the deadly epidemic in Turkey?’’

Voice of TKP reminded that Turkish Minister of Industry and Technology, Mustafa Varank, had stated two weeks ago that ‘‘We, as the government, think that we can experience the positive effects of this virus rather than its negative impact, especially in terms of being an alternative production base of China.’’

During the same days, Turkish textile businessmen had announced that they could undertake the $2-billion order China could not afford due to the coronavirus, and that the outbreak was good for the Turkish textile industry.

In parallel to these statements, the Turkish Minister of Health, Fahrettin Koca, also declared that Ankara plans to sell other countries the newly developed diagnostic kits for coronavirus.

‘‘That’s the way the Turkey’s ruling elite and capitalist class handle the novel coronavirus declared as a serious and worldwide health problem by the international authorities: How can we make more money by benefiting from the outbreak?’’ Voice of TKP said in its podcast on Tuesday.

Pointing out the correlation between the stories (such as increasing global competitive power and being dominant in world market) told by the government officials and the capitalist class in Turkey, Voice of TKP told that for the working class, these motivations uttered by Turkey’s capitalists and ruling elites mean working for foreign markets instead of their own needs, factories and fields.

‘‘For us, it means to produce cheaper to compete with the products made in China and Pakistan, and to settle for less wages for this,’’ Voice of TKP underlined.

‘‘On the one hand, there are capitalists, their interests and their greediness. And labour, workers of all countries and peoples… All kinds of disasters under the rule of capitalist class easily turn into opportunities for the ruling class and capitalists.

Yet, every opportunity for the capitalists means a disaster for workers…

So, what to do? We must turn the tides. We must overthrow the capitalist class and establish the rule of the working class. Then only then, nobody waits for an opportunity to arise from the disasters concerning humanity,’’ Voice of TKP concluded, warning that the ‘‘novel coronavirus’’ threat is now at the country’s doorstep.

As the number of countries with infection cases increased and the virus dramatically spread to more than 30 countries including South Korea, Iran, Italy, Japan, Thailand, the U.S., Canada, France, the U.K, and Germany, the World Health Organization (WHO) declared the outbreak a global health emergency on January 30.

The virus has claimed the lives of 2,770 people so far, while there are currently 48,165 infected patients.