'We need to be aware that unemployment and our external debt ratio are at levels we have never encountered before,' said Kaslowski, president of Turkey's top capitalist organization TÜSİAD 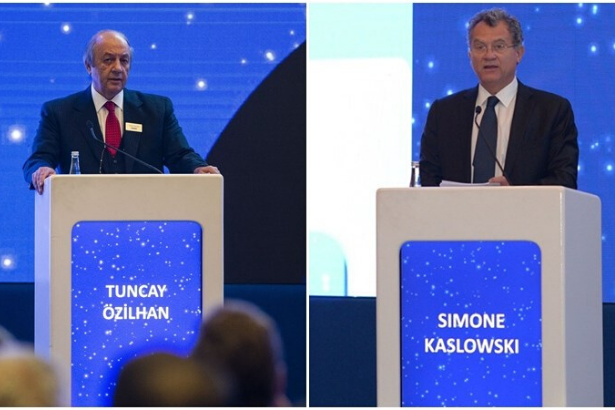 The meeting of the TÜSİAD High Advisory Council was marked by the problems of unemployment, structural reform, and democracy, as well as street actions around the world. The fact that no government minister attended the meeting held in Ankara this week drew attention.

Speaking at the meeting, Simone Kaslowski, the Chairman of TÜSİAD, stressed that the newly released growth figures show that the economy is moving to positive growth, but “Our unemployment rates are still at historically high levels."

"Despite the return to [positive] growth, today, it is not yet possible to say that the investment environment has improved and that the fragility has ended. We need to restore trust, and the way to do that is to apply the principles of the rule of law in real terms, not to compromise on the principles of the competitive market economy, and to act consistently and predictably in monetary and fiscal policies”, Kaslowski said referring to the political instability of the AKP rule in Turkey.

Also evaluating Turkey's debt stock, Kaslowski stated that the recent external developments that have eased this burden will not be obvious in the long term.

“When we mention rebalancing in our economy, we need to be aware that our foreign debt ratio is at a level of 62% of the national income that we have never seen before. While the private sector is repaying some foreign currency debt, this time we see that the public is borrowing heavily on foreign currency. The budget deficit rises above 5 percent when one-time revenues are excluded. It is probably for this reason that the new tax bill, which contains arrangements that create unease in the economic sectors, was passed by Parliament without consultation,” he said.

TÜSİAD had previously welcomed the government’s anti-labor economic program, announcing that they were satisfied with the new steps. A month after the supporting statement, the capitalist organization expressed "concern" over the re-do election decision in Istanbul.

TÜSİAD was founded by those who represented the conventional investment groups following the March 12 Memorandum, and quickly assumed a key role in blocking the rise of the progressive leftist wave in Turkey in 1960s. With the “globalization” rampage in the 1990s, the organization was the lead actor in Turkey’s integration into the global capitalist system, resulting in a spread of subcontracting, an unorganized stated among the working class, and the loss of several social rights.