Following the negative response of the Izmir Bar Association to the Presidency of Court of Cassation over participating in the opening ceremony of the judicial year at Erdoğan's palace, several other bars across Turkey gave the same response boycotting the ceremony 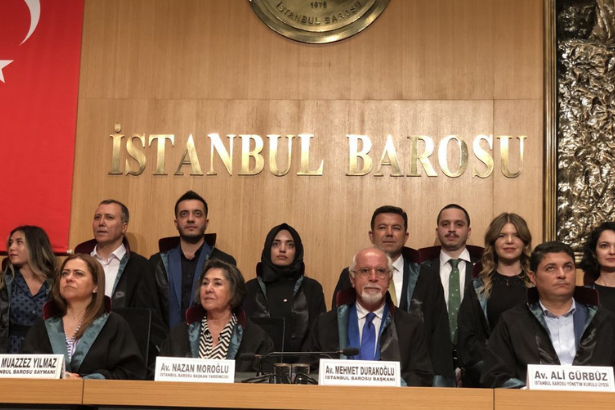 Almost 20 bar associations across Turkey, including the three largest cities, have said they will boycott the annual ceremony as it is planned to take place at Erdoğan's presidential palace.

The lawyer groups criticized the place of the ceremony over lack of separation of powers.

The first negative response to the Presidency of the Court of Cassation regarding the opening of the judicial year came from the Izmir Bar Association. Signed by the chairman of the bar Özkan Yücel, the lawyers' statement called on other lawyer groups not to be a part of a judicial system in which people do not trust.

As reported by Ali Küçükgöçmen from Reuters, the 19 bar associations boycotting the ceremony, including those for the cities of Ankara, Istanbul and Izmir, represent some 77% of lawyers registered in Turkey’s 79 provincial bar associations as of Dec. 31, 2018, according to data from the Union of Turkish Bar Associations (TBB).