Turkey’s banking regulation board to ask presidency for bank loans

The Banking Regulation and Supervision Board (BRSB) will now get opinions from the Presidency and the Ministry of Treasury and Finance when deciding on bank loans. 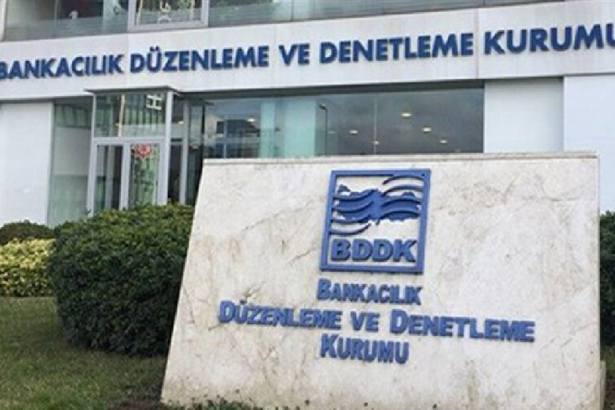 According to Erdoğan Süzer's report on Sözcü Daily, the BRSB added a new clause to article 12 / A of "Regulation on Credit Transactions of Banks", which regulates consumer loans. According to the new clause published in the Official Gazette, by taking the opinion of the Presidential Department of Strategy and Budget and the Ministry of Treasury and Finance, the BRSB's 7 members, will be authorized to change the limitations in this article (consumer loans). It is said that the BRSB will share its powers with the politicians in a way, and will not have a chance to make a decision, contrary to the views of the political authority.

BRSB WAS THE ONLY AUTHORIZED BODY

Hitherto, independent 7-member BRSB has been deciding what the banks would apply to consumer loans, such as maturity and interest. However, with the new regulation, BRSB members will now call the Presidency and the Ministry of Treasury and Finance and ask their opinions before making a decision regarding consumer loans. According to the opinion of these two political institutions, the members of the board will decide. The chairman and members of the board are also appointed by the President.

According to the 82nd article of the Banking Law, which constitutes the legal infrastructure of the new credit regulation, which has been amended with the BRSB, the BRSB is required to act independently from an administrative and financial perspective and to exercise its duties and powers independently under its own responsibility.

The law states that no organ, authority, or person can give orders and instructions that will affect the decisions, “Board decisions cannot be taken by those who attend the meeting from outside. It is sent to the relevant Ministry within 7 working days at the latest after the Board's regulatory decisions have been adopted." The law stipulates that the bureaucratic institution can get an opinion, but the decision-making body will not receive the opinion before deciding, but it will send the decision to the relevant ministry, the Ministry of Treasury and Finance within 7 working days after taking the decision.

"THIS IS THE BEGINNING OF GUARDIANSHIP"​

Faik Öztrak, former BRSB Vice President and CHP Deputy Chairman, asked for his views on the regulation, said that with the new regulation, the BRSB will completely be under the command of politics. Öztrak says, “Opinion will be taken. This statement is very clear. Let's say the Board asked the Presidency and the Treasury Ministry to take a decision. There was a 'no' answer from there. Despite that "no", can the Board meet and make a decision in the opposite direction? It cannot, of course," said Öztrak.