Turkey's Academy of Science: Turkish gov’t turns Science Council for COVID-19 into its own propaganda apparatus

‘The Science Council established for fighting COVID-19 pandemic consciously acts as a propaganda apparatus of the political power since its members ignore the facts and present opinion about the issues that do not come within their area of expertise,’’ Academy of Science and Enlightenment said in its statement on Wednesday. 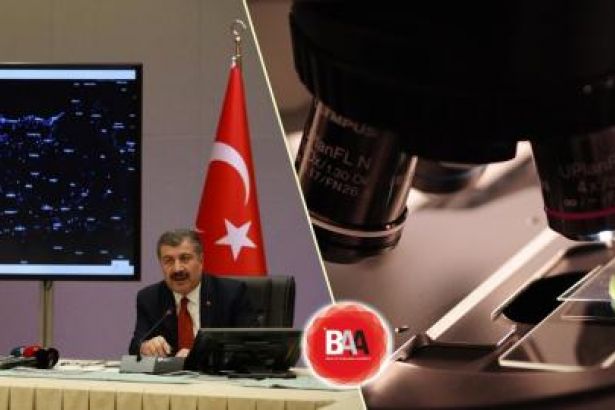 The Academy of Science and Enlightenment (BAA), founded with the initiative of the Communist Party of Turkey (TKP) with the objective of struggling against reactionary ideologies in scientific disciplines, has released a statement on the Scientific Council established for fighting COVID-19 pandemic by the ruling Justice and Development Party (AKP).

‘‘The Science Council consciously acts as a propaganda apparatus of the political power since its members ignore the facts and present opinion about the issues that don’t come within their area of expertise,’’ BAA underlined in its statement on Wed.

Highlighting that the Science Council has indisputably lost its reliability, BAA also said, ‘‘We no longer call the Council to resign, but we only reveal their anti-scientific and biased stance protecting the interests of the Turkish government in the struggle against the COVID-19 pandemic.’’

BAA had previously urged the resignation of the members of the Science Council formed by the Turkish government to fighting the novel coronavirus outbreak in order to save the honor of science since the advice of the Council was ignored by the authorities.

‘TURKISH GOV’T HAS FAILED TO MANAGE THE PANDEMIC’

In its recently released report on the pandemic influenza risk management in Turkey, BAA had pointed out that the Turkish government has very crucial omissions in fighting the COVID-19 pandemic, implying a failure of managing the crisis, particularly after the Interior Ministry’s announcement for a curfew on April 10 just before two hours of the lockdown and many citizens flocked to bakeries and markets to buy their basic needs for the weekend.

As a result of this unplanned decision of the government, citizens had formed very long queues in front of the markets, neglecting social distancing rules that would cause the risk of the spread of the virus.

‘‘One of the initial conditions for a country to succeed in pandemic management is to share all the data transparently with the related parties. Yet, Turkey’s Ministry of Health did not share any data with the concerned parties of society for a long time. Even now, there is a lot of unknown data regarding the outbreak,’’ BAA noted in its statement.

BAA also underlined that the number of tests in Turkey has fallen behind compared to European countries, while the total number of cases is much higher than the figures officially announced by the government since all individuals with close contact with the virus cannot be systemically tested for COVID-19.

Saying that deaths from COVID-19 in the country are not reported within the algorithm determined by the World Health Organization (WHO), BAA stated, ‘‘Although all these actions are the Turkish government’s preferences that significantly undermine the reliability of official data, the Science Council assigned for fighting the disease ignores such negligence of the authorities.’’

‘‘The Health system in Turkey has been facing very serious problems since before now. For instance, hospitals have been converted into commercial enterprises under the AKP government, and citizens cannot receive services in any healthcare institutions without paying a ‘contribution’.’’

‘‘In connection with this, the infant mortality rate in Turkey is still above the expected level, while the country brings up the rear among OECD countries in terms of the number of physicians, nurses and hospital beds based on population and health expenditure per capita,’’ BAA informed in its statement on Wed.

‘‘The main reasons for the fact that death toll due to the coronavirus in Turkey remained at a lower level compared to European countries are the young population of the country and the new developments related to treatment options emerging during the outbreak,’’ BAA also pointed out.

Stating that primary healthcare system is completely paralyzed under the conditions of COVID-19 pandemic because the AKP government has been investing in ‘health tourism’ for profit-seeking desires for years, BAA said in its statement, ‘‘Hospitals crammed overcapacity desperately try to carry this heavy burden emerged with the outbreak, and the members of the Science Council are applauding this distorted order as a so-called success story.’’

THE SCIENCE COUNCIL: A PROPAGANDA APPARATUS OF AKP GOVERNMENT

‘‘On the other hand, all outbreaks can be prevented because they are rooted in certain preventable problems such as poverty, poor living, and working conditions,’’ BAA reminded.

In its statement, BAA also warned, ‘‘While it is not even yet fully known what level of immunity those who have had the disease would gain and how long they can maintain immunity they have gained, making statements such as ’the epidemic will continue until 60 percent of society develop immunity against the virus, so we will not be able to prevent it and our goal is to relieve the burden on the health system’, reveals that the Science Council only serves to cover up the weaknesses of the government in the pandemic management.’’

‘‘The Science Council consciously acts as a propaganda apparatus of the political power since its members ignore the facts and present opinion about the issues that don’t come within their area of expertise,’’ BAA concluded its statement.

Health Minister Fahrettin Koca on Wed. confirmed 115 more deaths from the novel coronavirus in the country, bringing the death toll to 1,518.

As the novel coronavirus has globally infected more than 2 million people so far, approximately 135 thousand people lost their lives due to the outbreak across the world.