Turkey's Academy of Science publishes documentary in commemoration of Engels 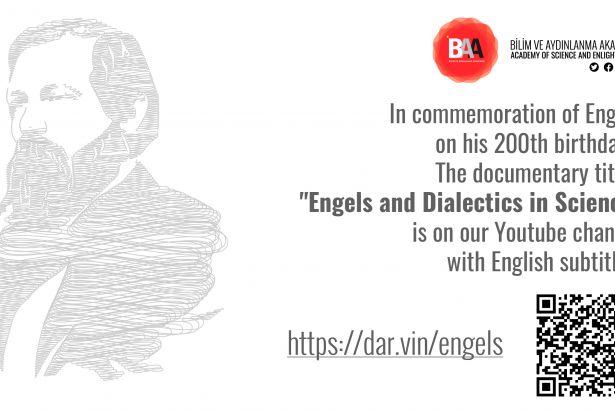 A documentary film was dedicated to the 200th birthday of Friedrich Engels by the Academy of Science and Enlightenment (BAA) in Turkey. The documentary was first published in Turkish on November, 28, on soL TV youtube channel.

BAA has recently published the documentary with English subtitles. The documentary on Engels has been a product of several workshops of BAA in which many scientists engaged in discussions aiming to understand the role of Engels in the integration of natural and social sciences, according to the chairperson of the Academy, Erhan Nalçacı.