"Turkey will teach a lesson to Haftar": Erdoğan 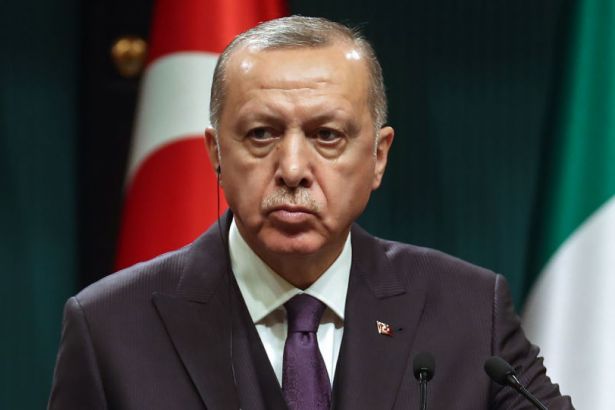 Turkish President Recep Tayyip Erdoğan said on Tuesday that Turkey will "teach a lesson" to Khalifa Haftar, the leader of LNA, if his forces continue the offensive against Libya's UN-recognized GNA.

Erdoğan made this comment after the LNA leader Khalifa Haftar left Moscow without signing a ceasefire. "The putschist Haftar ran away," said the Turkish President.

Last Sunday, the LNA and the GNA announced a ceasefire, however, the sides have accused each other of violating the ceasefire several times since then.

The AKP government openly supports Libya's Government of National Accord (GNA) led by Fayez al-Serraj against Khalifa Haftar’s forces controlling the majority of the country.

A military cooperation agreement was signed between GNA and Turkey and approved in the Turkish parliament, meaning that Turkey is practically involved in the civil war by sending troops. The AKP government had previously sent military supplies to Libya in violation of the United Nations arms embargo.

35 soldiers were sent to Libya so far: Erdoğan