As the civil war in Libya gets more violent, Turkey tries to tip the balance on its favour amid intensifying imperialist rivalry. 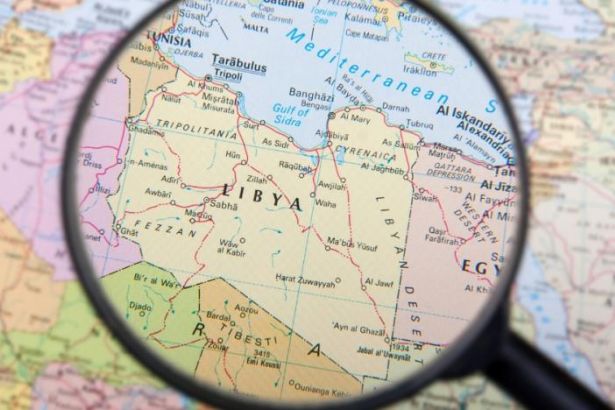 Last week, the Turkish-backed Sarraj government exhibited the Russian air defence system captured during recent clashes to the public in Tripoli, GNA’s capital. Haftar’s forces bombarding the city for months now have been forced to retreat as Al Watiya Air Base where these bombings were coordinated fell into the hands of GNA. It is still unclear whether the base is tactically evacuated or it was a factual defeat. The latest military manoeuvre, however, has a symbolic aspect, like the neutralization of Russian air defence systems supporting Haftar.

Russia does not openly endorse Haftar diplomatically against Turkish support for Sarraj. On the contrary, Russia prefers to concur with Turkey over ceasefire talks and to preserve its interests in the territory. Russia rather seems to endeavor for consolidating its alliances in the region as could be observed through its attempts for forming official links between Syria’s Assad and Libya’s Haftar. In March 2020, consulates were opened and civilian flights restarted for the first time since 2012 between the two countries.

Sources claim that the support for Haftar in the House of Representatives of the Tobruk government is decreasing. It is speculated that Haftar’s self-declaration of himself as the “President of the State” is backlashed by the assembly as the President of the House, Akilah Saleh called for the constitution of a council of presidency formed up of regional representatives against the single-acting attitude of Haftar.

THE ONES POKING NOSE IN LIBYA

Germany’s prominent media institution Deutsche Welle (DW) has recently been issuing interesting news concerning the manipulations of another foreign power. The UN secret report published by DW in the headlines reveals that a special task force was established in 2019 containing security companies including western countries as well to obstruct Turkish arms supply towards Libya. The EU had started an official patrol in the Mediterranean namely the Operation Irini over the arms embargo on Libya called by the UN. Yet, via the mentioned patrol, France and Greece known to had been politically supporting Haftar were aiming to block Turkish support by the sea to the GNA.

Expressing that covered western-backed mercenary operations strengthen the official operation of the EU, the news published by the German institution plays into the hands of GNA. It could be sensed that having temperate relations with Russia, Germany is trying to manipulate Russia’s unofficial attitude via this channel. The implication that it is not worth to directly oppose Turkey could be deduced through the emphasis of the texts of DW reports on Russia’s support for Haftar.

There are two prominent blocs determinedly supporting Haftar against Turkey. The first one is France and Greece, which are disputed with Turkey over natural gas reserves in the Eastern Mediterranean. They woo other powers that have an interest in the territory over the conflict.  The second bloc is Egypt and UAE which are on guard against New Ottoman expansionism of Turkey via Muslim Brotherhood offshoots. They seem to be in an insisting effort to mobilize Arab countries against Turkish influence in Africa.