The UN-recognized Government of National Accord will comply with a ceasefire in Libya only if General Khalifa Haftar’s Libyan National Army withdraws from strategic central and western regions of Sirte and Jufra, Turkey’s Foreign Minister told Financial Times. 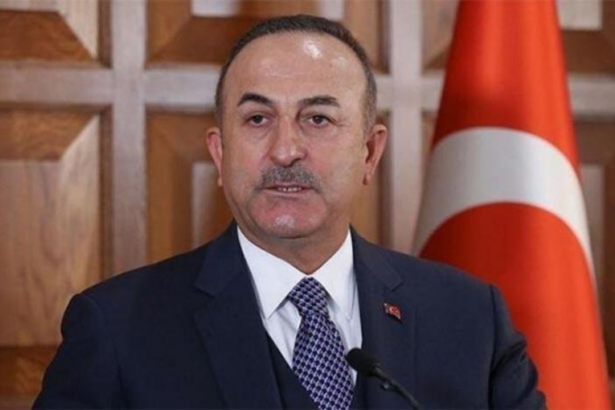 Libya’s UN-recognized Government of National Accord (GNA), which has been militarily supported by Turkey’s ruling Justice and Development Party (AKP), sets out the return of General Khalifa Haftar’s forces to lines they held in 2015 as a precondition for a ceasefire in war-torn north African country, Turkish Foreign Minister Mevlüt Çavuşoğlu said in a statement to Financial Times on Sunday.

Çavuşoğlu stated that the GNA will agree to a ceasefire in Libya only if Khalifa Haftar withdraws his Libyan National Army (LNA) from the regions in key central and western parts of the country.

The Tripoli-based GNA administration militarily backed by Ankara is ‘‘determined’’ to resume its offensive against General Haftar’s forces in these regions if they do not retreat from the strategic port city of Sirte and Jufra, home to a large airbase in the centre of the country, Turkish Foreign Minister also noted.

Describing the ‘‘preconditions’’ of the GNA, led by Prime Minister Fayez al-Sarraj, as ‘‘legitimate and reasonable’’, Turkish Foreign Minister Mevlüt Çavuşoğlu implied that Ankara may support potential offensive to be carried out by the Tripoli-based administration.

Reminding that diplomats expressed their concerns that an escalation would danger triggering a direct confrontation between overseas powers supporting rival Libyan factions, the report of Financial Times noted that Çavuşoğlu underlines the threat that the conflict in Libya, which has turned into a proxy war, could enter a new phase.

On the recent attack against the al-Watiya airbase last week where Turkish military personnel and air defence system are deployed, Turkish Foreign Minister said that an investigation has been carried out to determine who was responsible for the attacks and vowed that whoever it was ‘‘will pay’’.

Stating that Turkey had trainers and technical staff at al-Watiya airbase, where Turkish-backed forces captured from Haftar’s LNA forces in May, Çavuşoğlu said none of them was harmed in the offensive.

Turkish Foreign Minister Mevlüt Çavuşoğlu told that Moscow presented an offer for a ceasefire in Libya during the talks in İstanbul last month with a ‘‘concrete date and time’’.

However, when Ankara held a consultation with the GNA, the Tripoli-based government officials set out their ‘‘preconditions’’ on Sirte and Jufra and for Khalifa Haftar’s forces to return to ‘‘lines’’ they held in 2015, he continued.

‘‘Now it depends on the Haftar’s side, they should accept these preconditions for a lasting ceasefire,’’ Çavuşoğlu underlined.

To the question, if he is concerned that Turkey risks going into a wider conflict due to the support of Egypt, the United Arab Emirates (UAE), Russia and France for General Khalifa Haftar, Çavuşoğlu said, ‘‘We are not for any kind of escalation in the region or war, but their [Haftar’s backers] engagement is with a putschist, Haftar.’’

As Ankara supports the GNA headed by Fayez al-Sarraj and has sent troops to Libya as part of a military and maritime cooperation agreement signed with the Tripoli-based government fighting against the LNA, Haftar’s Tobruk-based government is openly backed by Russia, Egypt, the UAE, and France – at least politically.

Turkey’s direct involvement in Libya has also increased tensions between Ankara, Paris and Athens over the concerns about power struggles in the Eastern Mediterranean on energy resources, particularly oil crude and natural gas reserves, due to ‘‘the Security and Military Cooperation’’ and ‘‘Restriction of Marine Jurisdictions’’ agreements signed between the GNA and Ankara, aiming at blocking Greece’s access to the oil reservoirs in the Eastern Mediterranean.

Khalifa Haftar, who has controlled eastern Libya since 2015, had launched an offensive on Tripoli in April 2019 to topple the UN-backed administration. After the GNA was under siege in the capital for months by Haftar’s LNA forces, Turkey’s deployment of air defence systems, weapons, military advisers and troops, including Syrian jihadists, in support of the GNA dramatically led to shift the balance of the conflict in the country.

Last month, Egyptian President Abdel Fattah al-Sisi had said that direct military intervention of Egypt in neighbouring Libya has now international legitimacy to protect Egypt’s 1,200-kilometre western border, helping achieve a ceasefire and restoring stability and peace in Libya upon the call of the Libyan tribes loyal to General Haftar to defend Libya, preserve its sovereignty and resources.