Turkey to set up Syria 'security zone' after Trump call 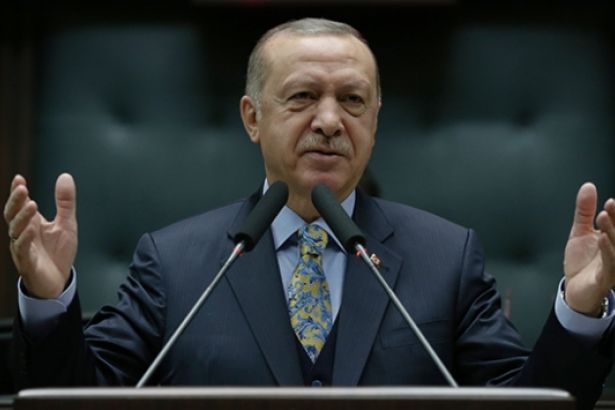 Trump suggested in a tweet on Sunday creating safe zone, without elaborating.

"The safe zone issue, including a safe zone along Turkey's borders that will be formed by us - an issue that I have brought up since the Obama era - was reiterated by him as 20 miles," Erdoğan told members of his AKP party in parliament.

Erdoğan and Trump discussed the issue in a telephone call late Monday that apparently aimed to ease tensions after the US president tweeted a threat to Turkey warning of economic harm should Ankara attack US-backed Kurdish YPG militants in Syria.

Erdoğan said he was saddened by Trump's tweet but that the phone call later in the day was positive.

"If the coalition forces and the United States especially, if they give us logistical and financial support with the condition of protecting the people's safety there, we would accomplish such a safe zone," he said.

Syria meanwhile denounced Erdoğan's language of occupation in talking about a security zone.

"The statements made today by the Turkish president reaffirm that this regime... does not deal (with anyone) except in the language of occupation and aggression," state news agency SANA quoted a source at the Syrian foreign ministry as saying.

"Syria stresses it continues to be determined to defend its people and the sanctity of its land against any kind of aggression or occupation, including the Turkish occupation of Syrian lands," the source said.