As Turkish Foreign Ministry stakes out a claim on Libya and supports UN-recognized Government of National Accord fighting against General Khalifa Haftar’s Libyan National Army due to its interests in the Eastern Mediterranean, the German press reported that Ankara sent 10 military cargo planes loaded with weapons to Misrata in the last 7 days. 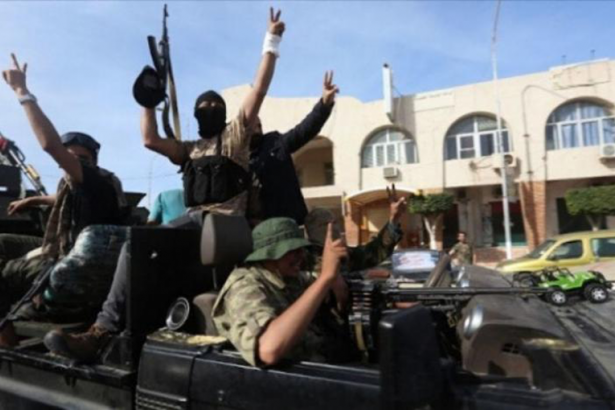 Turkish government sent 10 military cargo planes loaded with weapons to Libya’s northwestern province of Misrata under the control of the UN-recognized Government of National Accord (GNA) based in Tripoli in clear violation of the ongoing arms embargo on Libya imposed by the UN, a German newspaper, Handelsblatt, has reported on Wed.

‘‘As the European Union is stepping up its efforts to achieve stability in Libya and revive the peace process in the country, it had initiated the maritime Operation IRINI [Greek for ‘‘peace’’] in the Mediterranean to prevent smuggling of arms to Libya,’’ Handelsblatt also noted in its report.

The report added that the military forces participating in the EU’s mission launched in March 2020 are now monitoring air space after Ankara intensified its military support to Libya via air cargo planes.

The main task of the Operation IRINI is the implementation of the UN arms embargo through the use of aerial, satellite and maritime assets.

‘‘Only political solutions and the full respect of the UN arms embargo will bring a solution to the Libyan crisis. But diplomacy cannot succeed unless it is backed by action. This operation will be essential and a clear contribution to promoting peace in our immediate neighbourhood through a permanent ceasefire,’’ Josep Borrell, High Representative of the Union for Foreign Affairs and Security Policy and President of the Council, had stated when the EU officials announced the operation in late March 2020.

The Spokesman of Khalifa Haftar’s Libyan National Army (LNA), General Ahmed Al-Mismari, announced on Tuesday that reconnaissance units of their armed forces detected a suspicious journey of a cargo ship belonging to a company named ‘‘CIRKIN’’ owned by the Turkish government since 2014 and loaded with M60 tanks.

Al-Mismari indicated that the cargo ship carrying Turkish M60 tanks left Istanbul for Libya on May 21, arriving in Misrata Port on the morning of the 28th of the same month.

‘‘On May 29, the day after the cargo ship arrived, there were various tweets thanking Turkey for sending the M60 tanks. They published a picture of a truck carrying a military vehicle that looked like a tank near Misrata,’’ he added.

TURKISH FM ON LIBYA: ‘‘WE ARE ACTING IN ACCORDANCE WITH OUR INTERESTS IN EASTERN MEDITERRANEAN’’

Making statements regarding Libya on Wednesday, Turkish Foreign Minister Mevlüt Çavuşoğlu said, ‘‘Khalifa Haftar cannot win this war in Libya. If other countries do not provide military support to his army, he is nothing. We’ve changed the situation in the war. We have certain interests in the region, so we have taken the necessary steps to defend them. The Prime-Minister of the GNA, Fayez al-Sarraj, will be in Ankara on Thursday.’’

Underlining that the stability in the region is very important to the Turkish government, Çavuşoğlu noted, ‘‘We have no such a choice avoiding to interfere in the war in Libya. If we remain silent about these serious problems in the region today, they will pose a threat to our country in the future.

‘‘Our actions with the vision and leadership of our dear President [Recep Tayyip Erdoğan] were effective to change the situation in the Libyan conflict in favour of the GNA. We do not support a putschist general in Libya like some governments do. We work with a government that has been declared legitimate by the UN Security Council decision,’’ Turkish Foreign Minister concluded.

The UN Security Council imposed sanctions on Libya in 2011, preventing member states from selling arms or military equipment to Libya and buying similar arms or material from it.

As the Libyan civil war has still continued since the murder of Muammar Gaddafi during the NATO intervention in the country, which is now divided between the two governments, with the eastern part under the control of the Tobruk-based government supported by the LNA, and Sarraj's Government of National Accord (GNA) in the western Libyan capital of Tripoli, rich oil resources in the country are the main objective for armed gangs fighting a proxy war for imperialist forces.