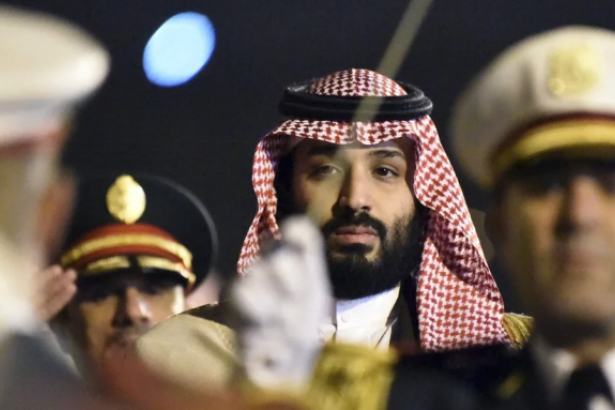 Istanbul's chief prosecutor has filed warrants for the arrest of a top aide to Saudi Arabia's de facto ruler and the deputy head of its foreign intelligence on suspicion of planning the killing of Jamal Khashoggi.

The prosecutor's office filed an application on Tuesday to obtain the warrants for Ahmad al-Assiri and Saud al-Qahtani, described in court documents as being "among the planners" of Khashoggi's killing at the Saudi consulate in Istanbul. Assiri, the former deputy head of general intelligence, often sat in during Saudi Crown Prince Mohammed bin Salman's closed-door meetings with visiting foreign dignitaries. Qahtani was a key counsellor to the crown prince.

Both men removed from their positions in October.

Turkish President Recep Tayyip Erdoğan's move comes a day after senior U.S. senators said they were more certain than ever that Mohammed bin Salman was responsible for the killing, citing a CIA briefing. Speaking to the media after a behind-closed-doors briefing with CIA Director Gina Haspel, Republican senator Lindsey Graham said he had "high confidence" bin Salman has ordered the killing.

Erdoğan has said the order to kill Khashoggi came from the highest levels of the Saudi government, but has insisted it was not King Salman.

Khashoggi, who was considered close to the Saudi royal family was a former newspaper editor in Saudi Arabia. He advised Prince Turki al-Faisal, the former Saudi intelligence chief, and has also been close to billionaire investor Prince Alwaleed bin Talal.

Middle East insiders say some deeper subplots played into Khashoggi’s death — ties to Saudi intelligence and his past relationship with the Islamist group the Muslim Brotherhood. Mohammed bin Salman branded the Muslim Brotherhood a terrorist organization, and one of his signature moves as heir to the Saudi throne was to cut off all ties with the rival Gulf nation of Qatar.

Erdoğan's AKP party has links to the Muslim Brotherhood.

The rivalry between Riyad and Ankara has its roots in the "Arab Spring" of 2011.