The annual armament report of the Stockholm International Peace Research Institute (SIPRI) has been published on the 27th of April. The report reveals that in 2019 where the US traditionally had the biggest defense budget, Turkey was the 16th in terms of military expenditure. 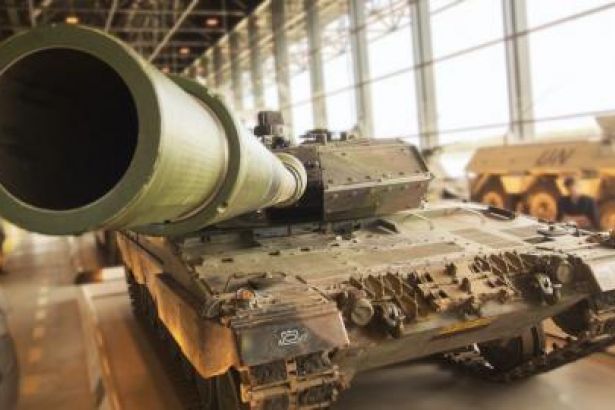 Stockholm International Peace Research Institute (SIPRI) has published its annual report for 2019 on worldwide military expenditures. The global defense budgets have reached the highest amount since 1988 corresponding to 1,917 billion USD. Compared to the previous year, global expenditures have increased by 3.6%. The USA, PR China, India, Russia, and Saudi Arabia have taken the lead with 62% of the total sum of yearly spending.

SAUDI ARABIA TAKES THE LEAD IN THE MIDDLE EAST

Mentioning that due to lack of data for certain countries like Syria, Yemen and Qatar it is not possible to derive a sum for the region, the report stated that only taking into consideration the remaining states of Egypt, Israel, Iran, Iraq, Jordan, Lebanon, Turkey, Saudi Arabia, Oman and Bahrain, the estimated sum was 147 billion USD in the Middle East.

Saudi Arabia was determined to be by far the biggest military spender in the region with 61,9 billion USD as it is ranked the 5th worldwide which is followed by Israel being the 15th. Iran’s expenditures were observed to decline by 15% in comparison with 2018, a year that witnessed another decline of 23%. The report pointed out that the regression coincided with the USA’s reinstatement of economic sanctions in recent years and was not positively affected by worsening relations with Saudi Arabia.

TURKISH MILITARY EXPENDITURE INCREASED BY 86% IN THE LAST DECADE

The data regarding the Turkish budget presents that Turkish military expenditure has remarkably increased in the last decade (2010-2019) by 86% and reached up to 20.4 billion USD. The increase was mentioned to be quite steep as it occurred in 27% in 2018 and 5.8% in 2019.

As a share of GDP, Turkish armament spending also represents a high percentage. According to the report, the military expenditures of Turkey correspond to 2.7% of its GDP which is higher than France, Germany, the UK, and is only behind Saudi Arabia, Israel, USA, and RF.

The concept of armament budget the report is based on is not actually adequate to clearly determine the facts. Apart from the purchase orders through public or private institutes that domestically operate, these numbers also include products and services purchased from abroad. Thus, the numbers cannot be clearly construed in that sense since a product of the defense industry could also be used in civilian areas. Still, the numbers emerging are certainly important to determine the tendencies. The worldwide armament is gaining pace and considering its size Turkey cannot be neglected at all in this race.

The Turkish defense industry has a share of approximately 1% of the global market sector. Turkey has managed to be represented by 5 global actors in 2019 within the top 100 defense firms list on annual Defense News report. These firms are Aselsan (1.8 billion USD), TAI (1.1 billion USD), STM (564 million USD), BMC (554 million USD) and Roketsan (552 million USD)

Although it is hard to call those main actors highly significant in global terms, considered with their local counterparts and public institutions they should be taken into account to be holding a certain magnitude regionally as they have surpassed a certain level in the production of main weapon systems.