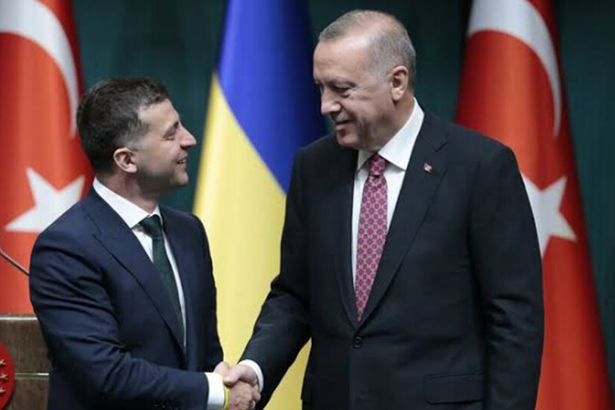 The Ukranian envoy said that an agreement is set to be signed between Turkey’s President Recep Tayyip Erdoğan and his Ukranian counterpart Volodymyr Zelensky during Erdoğan’s visit to Kiev.

“According to an agreement that will be signed during this trip, the Turkish side will provide a financial aid of 200 millions liras ($33.4 million) for the needs of Ukraine’s army particularly for the purchase of weapons,” Sibiga told Ukrainian media.

Adding that similar agreements were also signed in previous years, Sibiga told the reporters that Ankara and Kiev will also reach a deal in some other agendas like cooperation in immigration and emergency services.

Sibiga said that the Turkish and Ukranian sides are discussing “key issues” in Kiev like improving the political dialogue, deepening the economic and cultural cooperation between Turkey and Ukraine.

Erdoğan arrived in Kiev on February 3 for a meeting with Zelensky within the scope of the eight meeting of the Ukraine-Turkey High Level Strategic Council.