Turkey is new address for plastic waste after China's ban 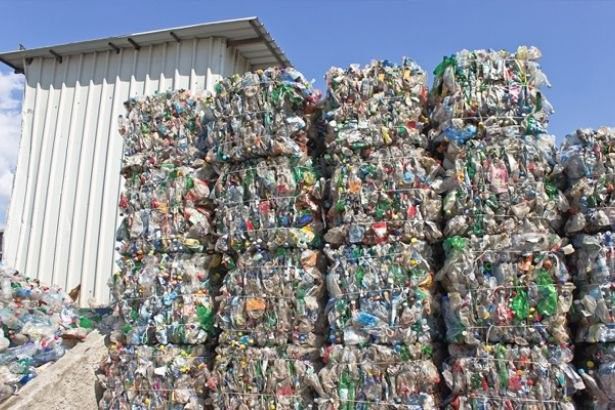 After the Chinese government banned receiving plastic waste from abroad in 2018, Turkey and Indonesia have become the centers for the plastic waste exported by the Western capitalist countries, according to the recent report published by Greenpeace.

The United States, the United Kingdom, Germany, and Japan are major countries exporting their plastic waste.

As the report includes an analysis of import-export data from the top 21 exporters and 21 importers, it indicates that 21 top exporting countries and regions exported 12.5 tons of plastic waste in total in 2016, while this figure has fallen to 5.8 tons in 2018 with a decrease of around 50%.

However, since the authorities anticipate that plastic production will increase in the future, this fall in plastic waste exports means that plastics will be either stocked in countries or disposed of by using wrong methods.

Indicating that "Malaysia, Vietnam, and Thailand became early destinations in anticipation to China’s ban, and within six months of the ban’s full effect, by mid-2018, they each established their own restrictions", the report underlines, "global plastics waste exports (most come from USA, Germany, UK, and Japan) redirected en masse to Indonesia and Turkey, which are two of the major current global importers."

"The failure of recycling along two major fault lines, which will stress if plastics manufacturing continues to increase as projected by 40% in the next decade," the report also highlights. 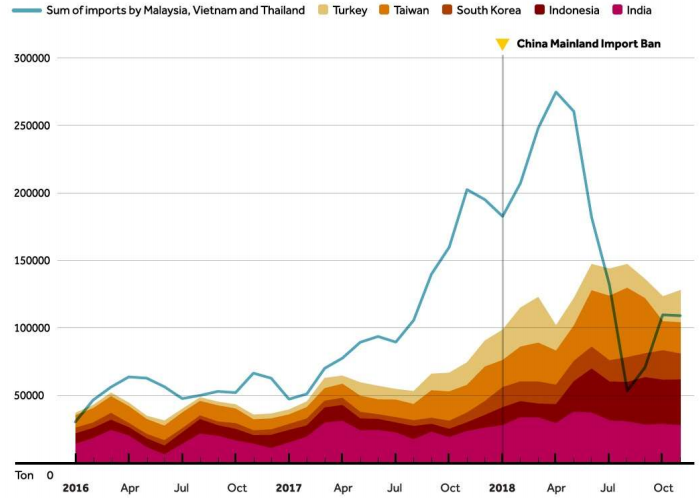 Greenpeace: Imports of plastic waste by Malaysia, Vietnam and Thailand vs. India, Taiwan, South Korea, Turkey, and Indonesia between January 2016 and November 2018 (in tons per month)

Imports then decreased to the level of 20,000 tons per month in mid-2018 and have remained steady.

The report indicates that there was a sharp rise in Turkey’s import from the United Kingdom at 10,000 tons starting October 2018, while the Turkish government has not imposed any restrictions on plastic waste imports up until now.

The United Kingdom, Belgium, Germany, the United States, the Netherlands, Spain, Italy, Slovenia, France, and Japan are the top 10 export partners of Turkey in the plastic waste trade.