A list published by the Anadolu news agency points to a U.S. presence from one end to the other of the Kurdish-controlled Syrian territory—a distance of more than 200 miles 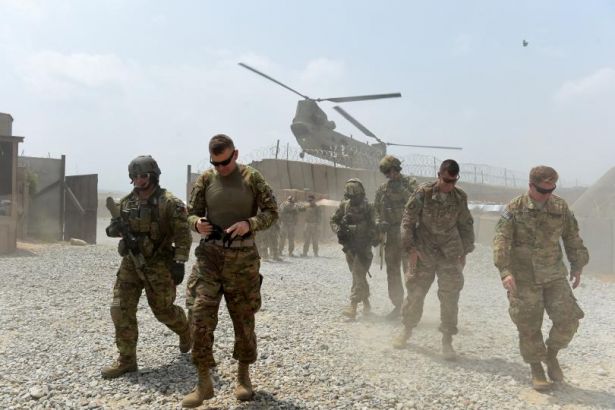 The list published by the Anadolu news agency points to a U.S. presence from one end to the other of the Kurdish self-administration region—a distance of more than 200 miles. The Anadolu news agency even listed the number of U.S. troops in several locations and in two instances stipulated the presence of French special forces.

On May 9, the US Defense Department announced that President Donald Trump had approved a plan to arm Kurdish YPG in order to better fight against terrorism in Syria despite objections from Turkey.

After a meeting on Monday, Turkey’s National Security Council charged that weapons provided to the Syrian Kurdish YPG militia had come into the possession of the PKK. "This shows that both are the same organisation," it said, adding that other countries were using a "double standard for terror groups", an apparent reference to the U.S. alliance with the YPG militant.

Ankara considers the PYD and the YPG to be affiliated with the Kurdistan Workers' Party (PKK), listed as a terrorist organisation in Turkey, US, EU. However, the PYD and the YPG, as well as the Kurdish-led Syrian Democratic Forces (SDF) have been receiving support from the United States in Syria.

According to the media, two air bases in the area of Rmeilan of the province of Hasakah have been operating since October 2015. In March 2016, a helicopter base was opened in the Harab Isk village near the city of Kobani, which also serves as a staging post on one of the routes for delivering military aid to the Syrian Kurds. 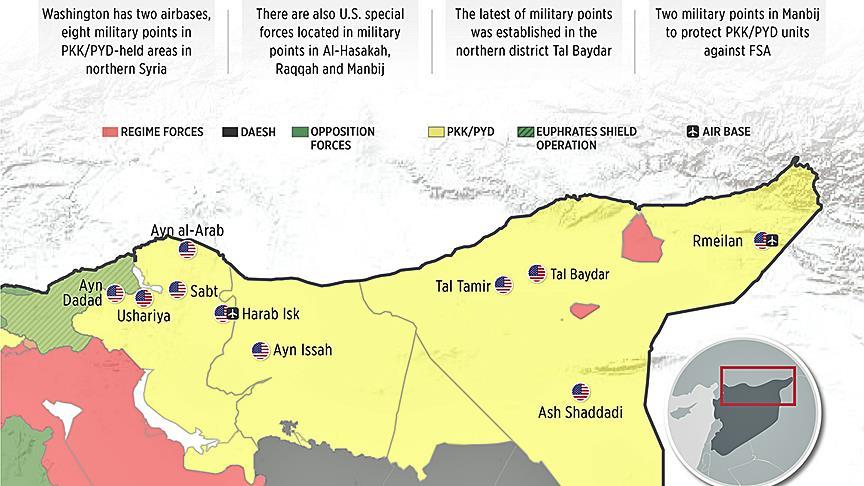 In addition, three more military points are mentioned in the province of Hasakah. On one of them hosts some 100 US servicemen and the other about 150. These bases are focused on the struggle with the Islamic State terror group. Two more points of deployment of the US troops are located in the town of Manbij, where operations are conducted against the militant of the Free Syrian Army (FSA).

The outlet also reported about three more posts in the north of the province of Raqqa. On two of these hosts French troops alongside US personnel. The third is used for transferring equipment to Kurdish forces, as well as being a communication centre of the US-led coalition forces.

Anadolu noted that the locations of the US forces are often designated as "closed zones" and are classified. Troops help airstrikes and shelling, train local forces and conduct operational planning. Some units also participate in active combat operations.

Two U.S. bases in Syria—in Rmeilan, in northern Hasaka province, and Kharab Ishq, near Kobani in Aleppo province—already were well-known before Anadolu published them. Anadolu said Rmeilan, in Syria’s oil-producing district, was set up in November 2016 and is big enough to handle transport aircraft, while the base south of Kobani, set up in March 2016, is used only by military helicopters.

The eight outposts, often hidden behind signs warning of a “prohibited area,” are being used both for active military operations, such as shelling into the city of Raqqa and for desk jobs such as training and operational planning, the report said.