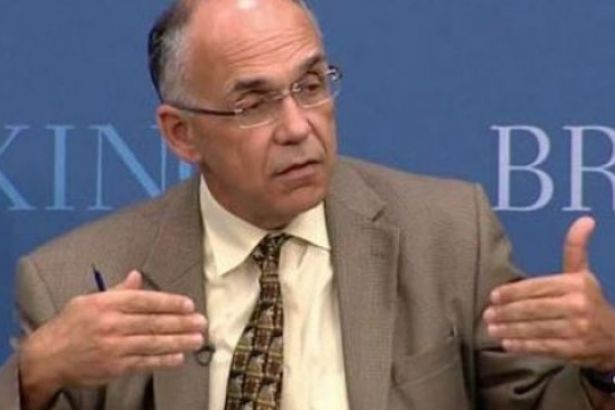 The report, which also includes notes about the imprisoned U.S. consulate officer Metin Topuz and Soros-linked businessman Osman Kavala, also argues that Barkey had several meetings with them in Turkey and abroad. Kavala and Topuz were arrested last month for "attempting to overthrow the government" in connection with the July 2016 attempted putsch and "attempting to overthrow the constitutional order".

The attorneys of Kavala issued a public statement denying the allegations of a link between Kavala and Barkey, saying that "the allegations of a busy phone traffic between Barkey and Kavala do not reflect the truth since they are not records of phone calls but HTS records from the same base station."

Barkey said both the Turkish Embassy in Washington and the Turkish Foreign Ministry undersecretary were aware of the meeting.

"It was not a secret. Moreover, the Turkish Embassy in Washington was aware of it. I had informed the then-Turkish Foreign Ministry Undersecretary [Feridun Sinirlioğlu] that I was organizing the meeting," Barkey told Diken news website on Sunday.

Barkey is a CIA-linked expert on the Middle East and a theorist of "moderate Islamism". The Chief Public Prosecutor's Office claims that he has ties with Fethullah Gülen, one of the U.S.-based masterminds behind the failed coup. Barkey had published the book "Turkey's Kurdish Question" with Graham Fuller, a former CIA officer.

In April, The Chief Public Prosecutor’s Office in İstanbul launched a probe into 17 individuals including U.S. politicians, bureaucrats and academics, who are suspected of being linked to the network of Gülen. The suspects have been accused of attempting to overthrow the Turkish government and the country’s constitution and being members of a terror organisation.