Turkey is Europe’s "leader" in rent-seeking projects for capitalists

Turkey has become the top country in Europe in Public-Private Partnership projects with its investment size of 22.76 billion euros between 2014-2018 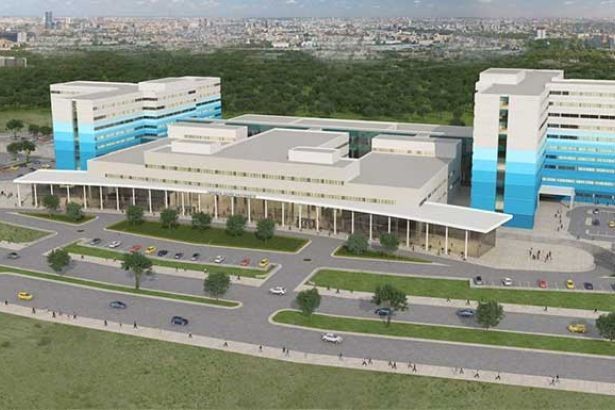 Turkey has become the "leader" of Europe in Public-Private Partnership projects boomed under the ruling Justice and Development Party (AKP) with the Turkish government’s anti-people and anti-labor policies such as foreign currency indexed tolling rates for passengers, patients, and vehicles. Even the United Kingdom (UK), the inventor of the Public-Private Partnership model, has lagged behind Turkey in this field.

It is known that the UK is about to leave this model, which was put into practice during the 1990s, due to the debt crisis it caused.

Meanwhile, 2018 report on Public-Private Partnership projects, which have come under the authority of the Presidency of Turkey - Presidency of Strategy and Budget with the new government model, has been announced.

Public-Private Partnership projects, which are also called ‘‘prudential privatization’’, have boomed under the ruling AKP as is the case with other privatization attempts in Turkey in the last 20 years. Using large budgetary resources and loans, these projects were given to the contractors/vendors close to the government. A significant part of the projects, including exchange rate, indexed tolling rates for passengers, patients and vehicles, has become the tools for transferring rent-seeking contracts at the expense of public loss.

The total amount of investment increased from $61.7 billion to $63.8 billion in a year, and the contract value rose from $135 billion to $140 billion.

Although the United Kingdom, the creator and the first implementer of the model, began to less prefer the public-private partnership due to its negative consequences, both the number and investment size of this model are dramatically increasing in Turkey.

With this dramatic increase, Turkey has become the top country in Europe in Public-Private Partnership projects with its investment size of 22.76 billion euros between 2014-2018.

In the projects completed in 2018 with a total of 500 million euros and over, Turkey has been in first place among the European countries. Among the biggest eight public-private partnership projects, Turkey has three projects.

Ranked second in investment value in 2017, Turkey was also Europe’s "leader" in this field in 2018. Turkey has the biggest market share for the public-private partnerships among the European countries with its investment size of 22.76 billion euros between 2014-2018.

BUILD-OPERATE AND TRANSFER MODEL IS IN THE LEAD

109 of 242 projects signed implementing convention consist of the ones created by the Build-Operate and Transfer model. Authorities used "the Transfer of Operational Rights" in 108 projects, "Build-Lease-Transfer" in 20 projects, and "Build-Operate" models in 5 projects.

The largest share in this field is the construction of airport projects with $71.3 billion in the total project size of $139.8 billion. Airport projects are followed by the highways and service facilities with $28.7 billion and power plants with $21.2 billion.