Turkish Aeronautical Association (THK) leases out an air jet to a Bahrain-based company but never receives payment, it is reported 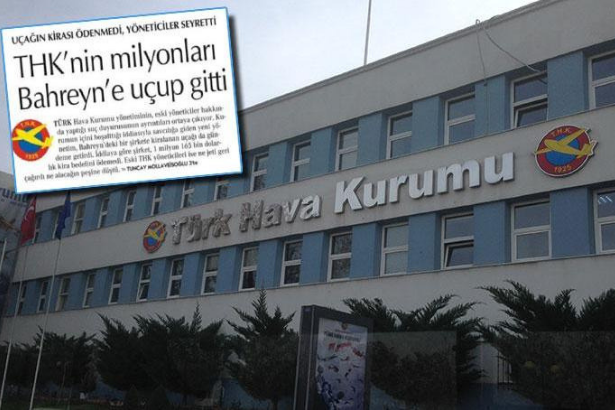 As reported by Tuncay Mollaveisoğlu from Cumhuriyet daily, a Bahrain-based company leased an air jet from the Turkish Aeronautical Association (THK) for 1 year. The jet, which was taken to Dubai with a rental agreement including the pilot, served Arab sheiks who shuttled between touristic and gambling places.

However, in the meantime, the company did not pay THK. The debt of the firm leasing the jet for 1 year rose to over $1 million. THK officials did not recall the jet and did not initiate judicial proceedings against the company.

Following the news in Cumhuriyet daily, the Ministry of Interior commissioned inspectors to examine the allegations.