Turkey court acquits mine boss over 2014 massacre that killed 301

Alp Gürkan, the CEO of the Soma Mining Inc., was acquitted together with other 36 defendants 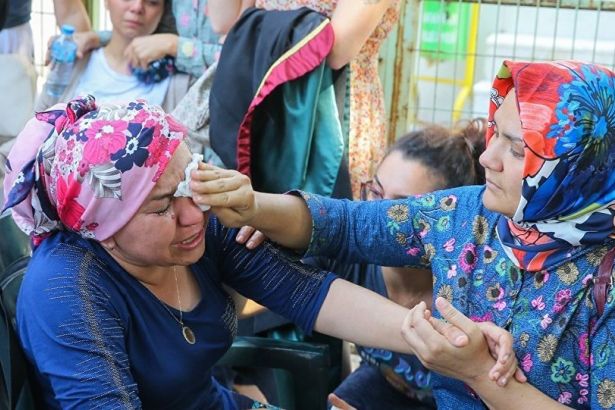 A Turkish court on Wednesday has announced the decision regarding the lawsuit against those responsible for the death of 301 miners in Soma district of Turkey’s western province of Manisa on May 13, 2014.

The court sentenced nine other employees to shorter jail terms and acquitted 37 of the 51 defendants who had faced charges ranging from "killing with probable intent" to "criminally negligent manslaughter".

Alp Gürkan, who is the CEO of the Soma Mining Inc. was acquitted together with other 36 defendants.

On May 13, 2014, Turkey had witnessed one of the worst occupational murders incidents in its history. More than 700 miners were trapped in one of the pits of the Soma mine, which is a private lignite mine in country's western province of Manisa. More than 160 other people came out of the mine with injuries.

The court has sentenced managers and employees of a mine in western Turkey to between 15 and 22 years in prison.

It is estimated that the five defendants sentenced to imprisonment would be released in a close future taking into account the time they have already spent in jail.

The court jailed Can Gürkan, the former CEO of the Soma mine, for 15 years following a trial lasting over three years.

Ramazan Doğru, the general manager of the Soma mine, and technical manager İsmail Adalı received imprisonment for 22 years and 6 months, while operations manager Akın Çelik and technical supervisor Ertan Ersoy were condemned to 18 years and 9 months in prison.

In addition to these, 9 other lower-ranking mine managers also receive imprisonment for six to eleven years.

Although the lawyers of miners’ families demanded punishment for every death and injury for eventual intent, punishments of simple negligence given by the court caused reactions of the families of workers lost their lives in mine massacre.

It is known that the Soma Mining Inc. has driven great profits from its strong ties to the ruling Justice and Development Party (AKP). Entering the mining sector during the privatization policies of the 1990s, the company became more powerful during the AKP government due to the legalization of the "royalty" system based on renting in return for a coal share.

The massacre, which triggered mass protests, showed the AKP government was so close to industry bosses and was insensitive, after then-Prime Minister Recep Tayyip Erdogan said the disaster was part of the profession's "destiny."

The Communist Party of Turkey (TKP) issued a statement regarding the court’s decisions.

"Then-Prime-minister Recep Tayyip Erdoğan, who was the sole authority to licensing mine in Turkey, Taner Yıldız, then-Minister of Energy having direct control over the primary employer Turkish Coal Enterprise (TKİ), and Faruk Çelik, then-Minister of Labor responsible for performing occupational health and safety inspections, were primarily responsible for the massacre," TKP said in a statement.

"The judiciary has ignored those responsible for the massacre since the beginning of the Soma case. The jurisdiction of the bourgeois order firstly rescued the AKP government," it underlined.

TKP said the capitalist family, who owns the Soma Mining Inc. responsible for the death of 301 miners, had been rescued with a pious criminal sentence. This was utterly the justice of the order of exploitation.

"There is a legal order in our country that protects those having strong ties to the political power and that grants the rich right to commit crimes. For the very reason this social order must change so as to fulfill the peoples’ demand for justice," TKP said.